Q.1. Write true or false against each of these statements:

a) A Bill of Rights lays down the rights enjoyed by the people of a country.

b) A Bill of Rights protects the liberties of an individual.

c) Every country of the world has a Bill of Rights.

d) The Constitution guarantees remedy against violation of Rights.

Answer:a) True: The bill of rights is the first ten amendments to the constitution. They are amendments or additions to the original text. The bill of rights lays down the different rights that are to be enjoyed by the people of a country. It protects the citizen from excess government power and secures their rights. This is achieved by ensuring the separation of powers between different government branches. 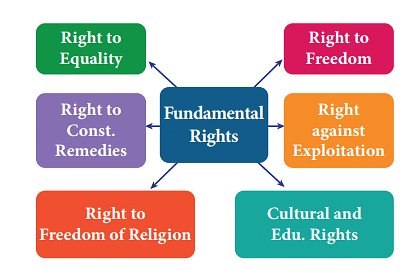 b) True: The Bill of Rights contains rights designed to guarantee the liberties of the individual. The purpose of the bill is to prevent the federal government from taking away our rights as humans and citizens when the government (state or national) does something that violates our rights it is up to the Supreme Court to use its power of judicial review to strike down the act citing the bills of rights. Only then bill of right protect outright and liberties as citizens.c) False: It is not necessary for all countries to have a bill of rights. All countries with a legal and political systems similar to Australia have a Bill or Charter of Human Rights. For example, Canada, The United States, and South Africa all have a bill of rights in their constitution and the United Kingdom and New Zealand have Human Rights. Bill of rights may be fixed or flexible.d) True: The constitution guarantees remedy against violations of Rights. In the Indian constitution article 32 provides constitutional remedies against the violation or transgression of fundamental rights. The fundamental rights are of the highest importance to individuals. They are basic conditions for the fullest development of personality. When any of our rights are violated we can seek a remedy through courts.

Q.2. Which of the following is the best description of Fundamental Rights?

a) All the rights an individual should have.

b) All the rights given to citizens by law.

c) The rights given and protected by the Constitution.

d) The rights given by the Constitution that cannot ever be restricted.

Answer: c) The rights given and protected by the Constitution.

Q.3. Read the following situations. Which Fundamental Right is being used or violated in each case and how?

a) Overweight male cabin crew are allowed to get promotion in the national airlines but their women colleagues who gain weight are penalized.

b) A director makes a documentary film that criticizes the policies of the government.

c) People displaced by a big dam take out a rally demanding rehabilitation.

a) Overweight male cabin crew are allowed to get promotion in the national airlines but their women colleagues who gain weight are penalized. The right being violated in this situation is the right to equality, specifically, the right to equality of opportunity in employment. As in the Right to Equality, it is mentioned that all the citizens are considered equal in all aspects of life. Nobody should be discriminated against on the basis of sex, caste creed, and color etc.

c) People displaced by a big dam take out a rally demanding rehabilitation. In our constitution, the right to reside and settle in any part of India is given to the citizens in Right to Freedom People have to right to take out rallies and assemble peacefully. But the government can maintain law and order impose some restrictions on such rally if it creates violence or disturbance in the working of the government. In this case, central and educational rights are being inviolate.

d) All linguistic minorities can set up their own educational institutions to preserve and develop their own culture. The right being used is the Cultural right to represent and protect one’s own language and culture. Thus, the Andhra Society has every right to run Telugu medium schools outside Andhra Pradesh.

Q.4. Which of the following is a correct interpretation of the Cultural and Educational Rights?

a) Only children belonging to the minority group that has opened educational institutions can study there.

b) Government schools must ensure that children of the minority group will be introduced to their belief and culture.

c) Linguistic and religious minorities can open schools for their children and keep it reserved for them.

d) Linguistic and religious minorities can demand that their children must not study in any educational institution except those managed by their own community.

Answer: b) Government schools must ensure that children of the minority group will be introduced to their beliefs and culture.

Linguistic and religious minorities can open schools for their children and keep it reserved for them, which is the correct interpretation of Cultural and Educational Rights.

In the Indian constitution,

Article 29 (i) provides that any sections of the citizens residing in the territory of India or any part thereof having a distinct language, script, or culture of its own shall have the right to conserve the same. The article also protects the interest of minorities in India. According to Article 29 (ii) no citizen of India shall be denied admission into any government institution or government-aided institution.

So linguistic and religious minorities can open schools for their children and keep it reserved for them. It is a correct interpretation. 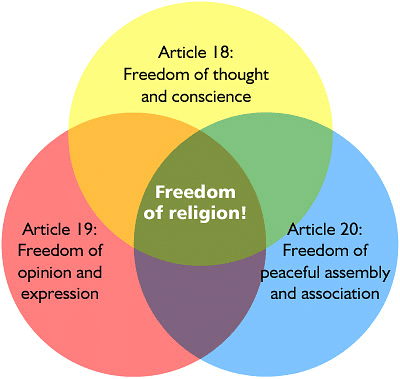 Q.5. Which of the following is a violation of Fundamental Rights and why?a) Not paying minimum wages

b) Banning of a book

c) Banning of loudspeakers after 9 pm.

Q.6. An activist working among the poor says that the poor don't need Fundamental Rights. What they need are Directive Principles to be made legally binding. Do you agree with this? Give your reasons.

Answer: Any answer supported with an argument or explanation would solve the purpose. It is strongly recommended that you prepare the solution on your own. However, one sample solution has been provided for your reference:

Q.7. Several reports show that caste groups previously associated with scavenging are forced to continue in this job. Those in positions of authority refuse to give them any other job. Their children are discouraged from pursuing education. Which of their Fundamental Rights are being violated in this instance?

Q.8. A petition by a human rights group drew the attention of the court to the condition of starvation and hunger in the country. Over five crore tonnes of food grains were stored in the godowns of the Food Corporation of India. Research shows that a large number of ration cardholders do not know about the quantity of food grains they can purchase from fair-price shops.

It requested the court to order the government to improve its public distribution system.

a) Which different rights does this case involve? How are these rights interlinked?

b) Should these rights form part of the right to life?

b. Yes, these rights should form part of the right to life as they are necessary for the sustenance of people.

Q.9. Read the statement by Somnath Lahiri in the Constitutent Assembly quoted in this chapter. Do you agree with him? If yes, give instances to prove it. If not, give arguments against his position.Answer: Any answer supported with an argument or explanation would solve the purpose. It is strongly recommended that you prepare the solution on your own. However, one sample solution has been provided for your reference: 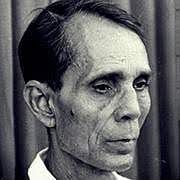 Somnath LahiriYes. Somnath Lahiri said that minimum rights have been conceded and are almost invariably followed by a proviso and have been framed from the point of view of the police constable. This is visible in certain provisions that are invoked to place restrictions on fundamental rights.

Q10. Which of the Fundamental Rights is in your opinion the most important right? Summarise its provisions and give arguments to show why it is most important.

Answer: The right to constitutional remedies is the most important right. The provisions of this right include the right to move the courts for issuance of writs. The Supreme Court and High Courts can issue directives to the government for the implementation of rights. The special orders issued by courts for enforcement of rights are as follows: