Q1 : How does the evolutionary perspective explain the biological basis of behaviour?

Answer :The evolutionary perspective explains the biological behaviour by demonstrating the behavioural and physiological changes that occur as a result of evolution being necessary for the survival of species. For instance, increase in the capacity for cognitive behaviour like perception, memory and use of language for communication among humans is a result of the evolution. Such type of changes have occurred due to the impact of the surrounding environment and is related to abilities like finding food, avoiding predators and protecting the offspring. This is manifested in humans in the following ways:

Thus, the evolutionary perspective highlights the importance of the developed body and mind that humans have inherited from their ancestors and provides a biological basis of behaviour.Q2 : Describe how neurons transmit information? Answer :Neurons transmit information with the help of its dendrites, axon, soma and terminal buttons by converting stimuli into electrical impulses. This is done by the following method:

Q3 : Name the four lobes of the cerebral cortex. What functions do they perform?

Answer :The four lobes of the cerebral cortex are frontal lobe, parietal lobe, temporal lobe and occipital lobe. Their functions are as follows: 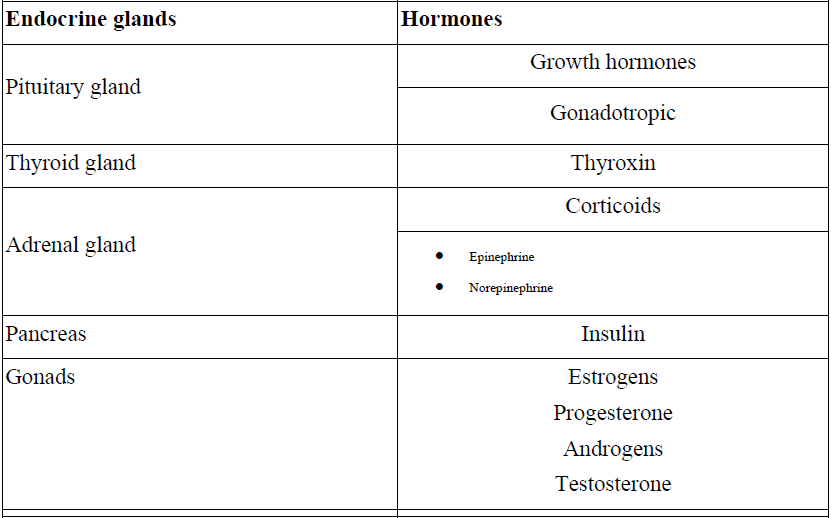 The endocrine system controls or regulates our behaviour with the help of chemical substances known as hormones. Hormones enable the individual to react to the stimuli present in the environment. They also enable the growth of individuals, their maturity and help in reproduction. For example, growth hormones help in growth of a child while gonadotropic hormones bring primary and secondary sexual changes. Thyroxin maintains the metabolic rate of the body while estrogens and testosterone help in reproduction. This system works with different parts of the nervous system and also known as neuroendocrine system.

Explain the meaning of culture and describe its important features.

The term culture refers to the shared customs, beliefs, values, norms institutions and other products of a community which are transmitted from one generation to another. It includes all materialistic, abstract and behavioural particulars that exist prior to the individual and consists of features that vary across societies. The important features of culture are as follows:

Q7 : Do you agree with the statement that 'biology plays an enabling role, while specific aspects of behaviour are related to cultural factors'? Give reasons in support of your answer.

Answer :The statement that biology plays an enabling role while, specific aspects of behaviour are related to cultural factors, is correct. Thereasons are as follows: 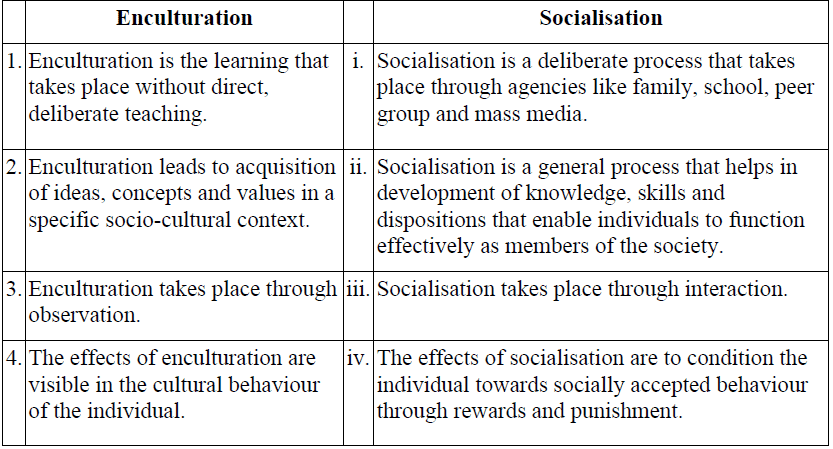 Q10 : What is meant by acculturation? Is acculturation a smooth process? Discuss.Answer :Acculturation refers to the cultural and psychological changes that result from contact with other cultures. This process can be direct, indirect, voluntary or involuntary.

The smoothness of the process of acculturation depends upon the re-socialisation of the people, this is because sometimes it is easy for people to learn new norms, values, dispositions and patterns of behaviour.

Successful adaptation in such instances leads to a smooth process of acculturation towards the group that is responsible for it. Contrary to this, individuals also face difficulties while adopting new cultural traits and it results in a state of conflict.

This situation arises mostly when acculturation is involuntary and is painful as it leads to experience of stress and other behavioural difficulties.

Q11 : Discuss the acculturative strategies adopted by individuals during the course of acculturation.

The acculturative strategies adopted by individuals during the course of acculturation are as follows: