(b) What is meant by the ‘Solar System’?Ans: The term Solar System refers to the family of the sun. The Sun, eight planets, satellites, and some other celestial bodies known as asteroids, comets, and meteoroids together from the Solar System. 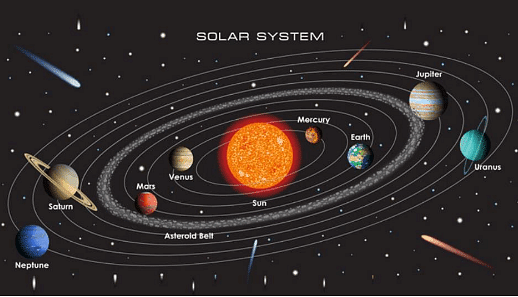 (d) Why is the Earth called a unique planet?Ans: Earth is called a unique planet because it is the only planet where life exists. It has favourable conditions for supporting life. The earth is neither too hot nor too cold. It has water and air, which are very essential for our survival. The air has life-supporting gases like oxygen.

(f) What is the Universe?Ans: A galaxy is a huge system of billions of stars, and clouds of dust and gases. Millions of such galaxies make up the universe.Q2. Tick the correct answer.(a) The planet known as the “Earth’s Twin” is(i) Jupiter(ii) Saturn(iii) VenusAns: (iii) Venus

Earth and its Twin 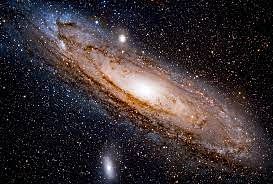