Q1. What is a tissue?
Ans. A group of cells that are similar in structure and work together to do a peculiar function is called a tissue.

Q2. What is the utility of tissues in multicellular organisms?
Ans. Tissues provide structural and mechanical strength and show division of labour.

Q6. What are the constituents of phloem?
Ans. Phloem is made up of four types of elements: sieve tubes, companion cells, phloem fibres and phloem parenchyma.

Q8. What does a neuron look like?
Ans. A neuron consists of a cell body with a nucleus and cytoplasm, from which long thin hair like parts arise. Each neuron has a single long part called the axon, and many small, short branched parts called dendrite.
An individual nerve cell is called neuron, it may be upto a metre long. 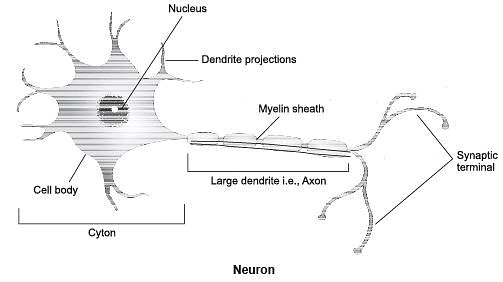 Q10. What are the functions of areolar tissue?
Ans. Areolar tissue are connective tissues found in animal. It is found between skin and muscles, around blood vessels and nerves and in the bone marrow.
It fills the space inside the organs, supports internal organs and helps in the repair of tissues.

Q1. Define the term “tissue”.
Ans. Group of cells that are similar in structure and perform same function is called a tissue.

Q2. How many types of elements together make up the xylem tissue? Name them.
Ans. The xylem is made up of vessels, tracheids, xylem fibres and xylem parenchyma.

Q5. What are the functions of stomata?
Ans. The outermost layer of the cell is called epidermis and is very porous. These pores are called stomata. These stomata help in transpiration and exchange of gases during photosynthesis and respiration.

Q6. Diagrammatically show the difference between the three types of muscle fibres.
Ans. Striated muscles
(1) They are connected to bones (Skeletal muscles).
(2) They are voluntary muscles.
(3) The cells are long, cylindrical, multinucleated and unbranched.

Smooth muscles
(1) They are found in alimentary canal and lungs.
(2) They are involuntary muscles.
(3) They are spindle in shape and have single nucleus.

Cardiac muscles
(1) They are found in heart.
(2) They are involuntary in action.
(3) They are branched and uninucleated.

Q7. What is the specific function of the cardiac muscle?
Ans. Cardiac muscle show rhythmically contraction and relaxation throughout life and helps in pumping action of heart.

Q8. Differentiate between striated, unstriated and cardiac muscles on the basis of their structure and location in the body.
Ans. 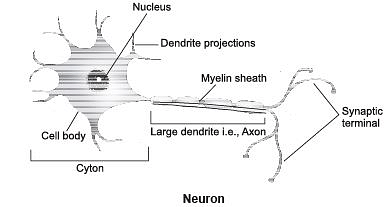 Q10. Name the following:
(a) Tissue that forms the inner lining of our mouth.
(b) Tissue that connect muscle to bone in humans.
(c) Tissue that transports food in plants.
(d) Tissue that stores fat in our body.
(e) Connective tissue with a fluid matrix.
(f) Tissue present in the brain.
Ans. (a) Squamous epithelium
(b) Tendons
(c) Phloem
(d) Adipose tissue
(e) Blood
(f ) Nervous tissue

Q12. Name the regions in which parenchyma tissue is present.
Ans. In the pith of the roots and stems. When it contains chlorophyll, it is called chlorenchyma, found in green leaves. In aquatic plants, parenchyma contains large air cavities which help them to float. Such type of parenchyma is called aerenchyma.

Q13. What is the role of epidermis in plants?
Ans. Cells of epidermis forms a continuous layer without intercellular spaces. It protects all the parts of plants. Epidermis helps in absorption, secretion, transpiration, photosynthesis etc.