The document NCERT Summary: India Location Notes | EduRev is a part of the UPSC Course Geography for UPSC CSE.
All you need of UPSC at this link: UPSC

The number of time zones a country practices mostly depends on the size of the country. For example, it’s impossible for a country as huge as Russia with the area of 17.1 million km² to process on only one time zone –this might create a problem of day-night difference within the same country.So Russia has 11 time zones and USA has 6 time zones. However, there are certain exceptions like china which works on only one time zone despite its size. Indian Standard Time is calculated on the basis of 82.58° E longitude and its uniform all around the country. India is 5.5 hours ahead of Greenwich Mean Time.

India and its neighbours 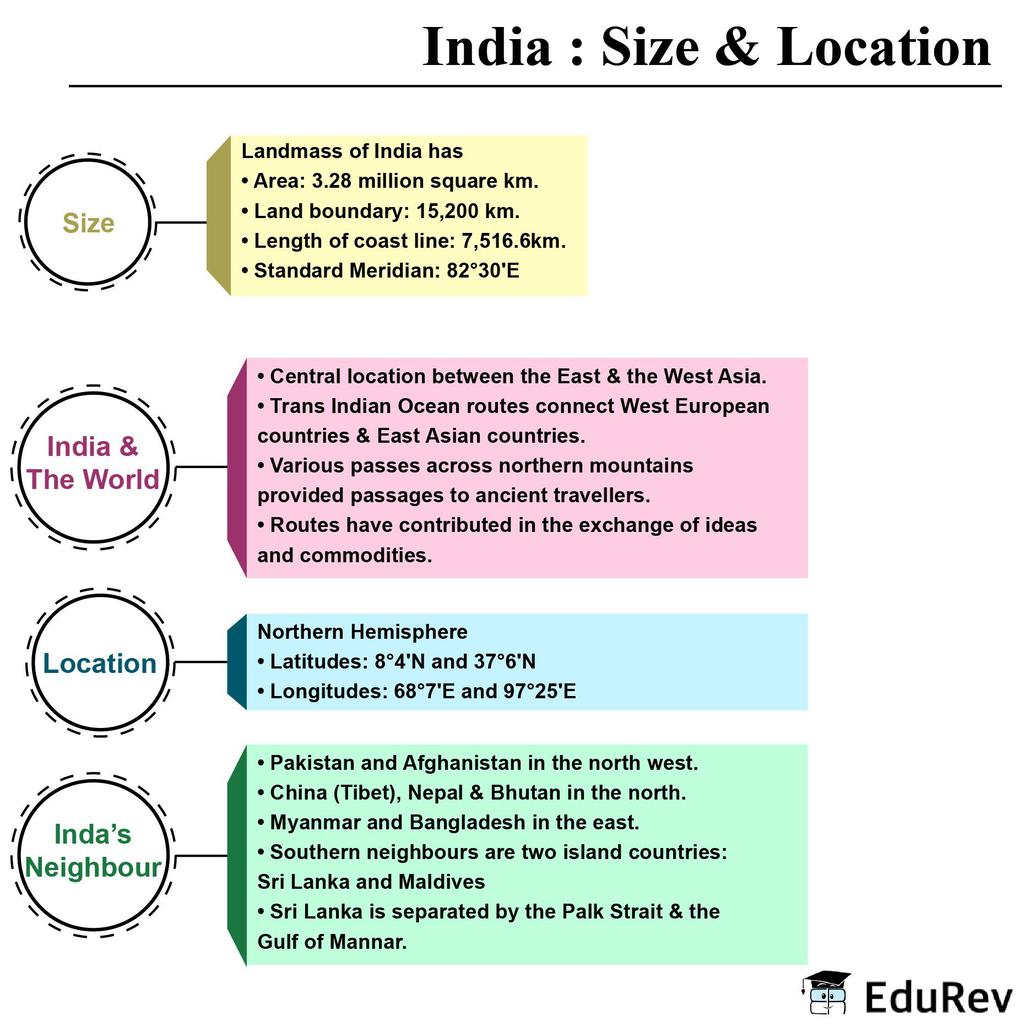