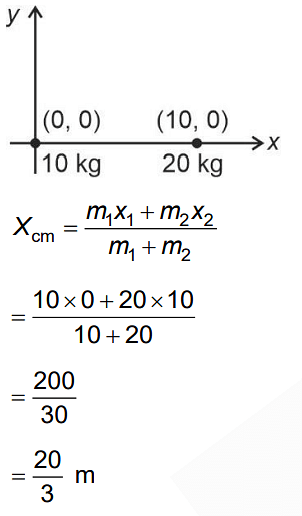 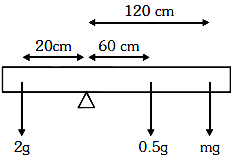 acts on a particle whose position vector is

Q.8. Two particles A and B are moving in uniform circular motion in concentric circles of radii rA and rB with speed vA and vB respectively. Their time period of rotation is the same. The ratio of angular speed of A to that of B will be:    [2019]A: rA : rBB: vA : vBC: rB : rAD: 1 : 1Ans: DSolution: 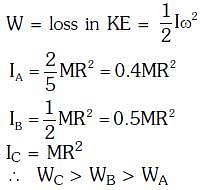 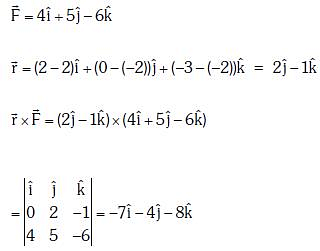 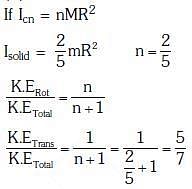 Q.12. A solid sphere is rotating freely about its symmetry axis in free space. The radius of the sphere is increased keeping its mass same. Which of the following physical quantities would remain constant for the sphere ?    [2018]A: Angular velocityB: Moment of inertiaC: Rotational kinetic energyD: Angular momentumAns: DSolution: 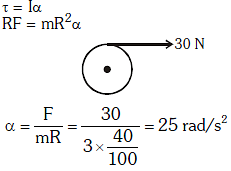 Q.14. Two discs of same moment of inertia rotating about their regular axis passing through centre and perpendicular to the plane of disc with angular velocities ω1 and ω2. They are brought into contact face to face coinciding the axis of rotation. The expression for loss of energy during this process is:-    [2017]A: 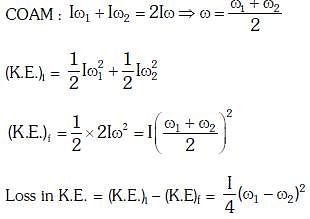 Q.15. Which of the following statements are correct ?    [2017](a) Centre of mass of a body always coincides with the centre of gravity of the body(b) Central of mass of a body is the point at which the total gravitational torque on the body is zero(c) A couple on a body produces both translational and rotation motion in a body(d) Mechanical advantage greater than one means that small effort can be used to lift a large loadA: (a) and (b)B: (b) and (c)C: (c) and (d)D: (b) and (d)Ans: DSolution: Centre of mass may lie on centre of gravity net torque of gravitational pull is zero about centre of mass.

Option C is correct Answer.Q.17. A disk and a sphere of same radius but different masses roll off on two inclined planes of the same altitude and length. Which one of the two objects gets to the bottom of the plane first ?    [2016]A: Depends on their massesB: DiskC: SphereD: both reach at the same timeAns: CSolution: Time does not depend on mass, else

K2/R2 is least for sphere and hence least time is taken by sphereQ.18. A uniform circular disc of radius 50 cm at rest is free to turn about an axis which is perpendicular to its plane and passes through its centre. It is subjected to a torque which produces a constant angular acceleration of 2.0 rad s-2. Its net acceleration in ms-2 at the end of 2.0 s is approximately :    [2016]A: 3.0B: 8.0C: 7.0D: 6.0Ans: BSolution: The angular speed of disc increases with time, and hence centripetal acceleration also increases. 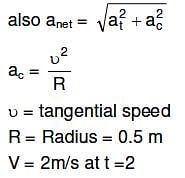 Q.19. Three identical spherical shells, each of mass m and radius r are placed as shown in figure. Consider an axis XX' which is touching to two shells and passing through diameter of third shell. Moment of inertia of the system consisting of these three spherical shells about XX' axis is :    [2015] 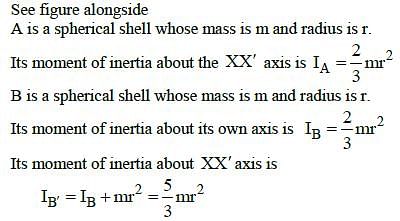 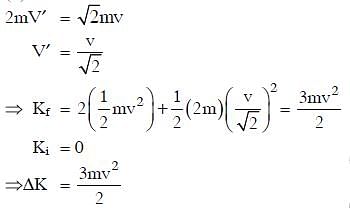