The document Newton's Universal Law of Gravitation and Gravitational Force Class 9 Notes | EduRev is a part of the Class 9 Course Science Class 9.
All you need of Class 9 at this link: Class 9 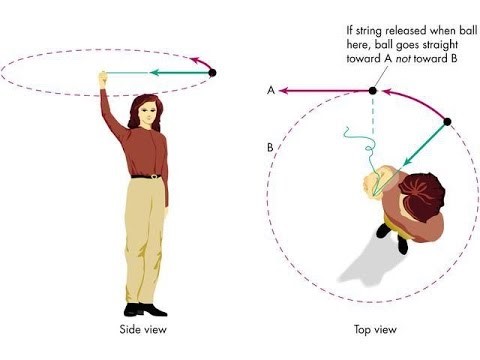 The Universal law of gravitation given by Newton has explained successfully several phenomena such as:

The formula applied for calculating gravitational force between light objects and heavy objects is the same, i.e.,

(ii) When a body of mass 1 kg is held on the surface of Earth.

Gravitational force of attraction between the body and Earth,

It means that the Earth exerts a gravitational force of 9·8 N on a body of mass one kg. This force is much larger compared to the force when both the bodies are lighter. That is why when a body is dropped from a height, it falls to the Earth.

which is really large. It is this large gravitational force exerted by Earth on Moon, which makes the Moon revolve around the Earth.