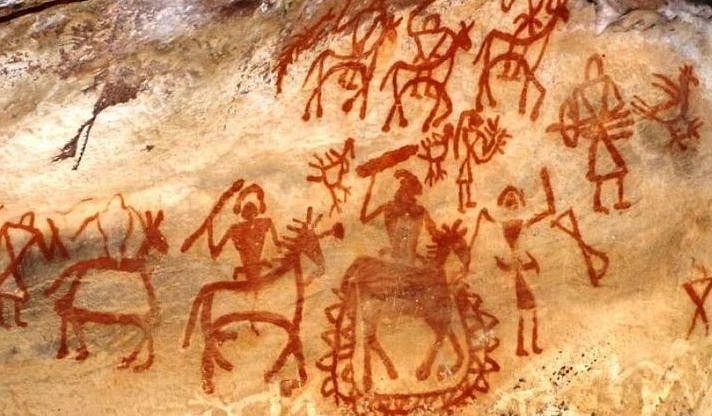 Murals -Works on the walls or a solid structure.

(i) Some important paintings of Ajanta 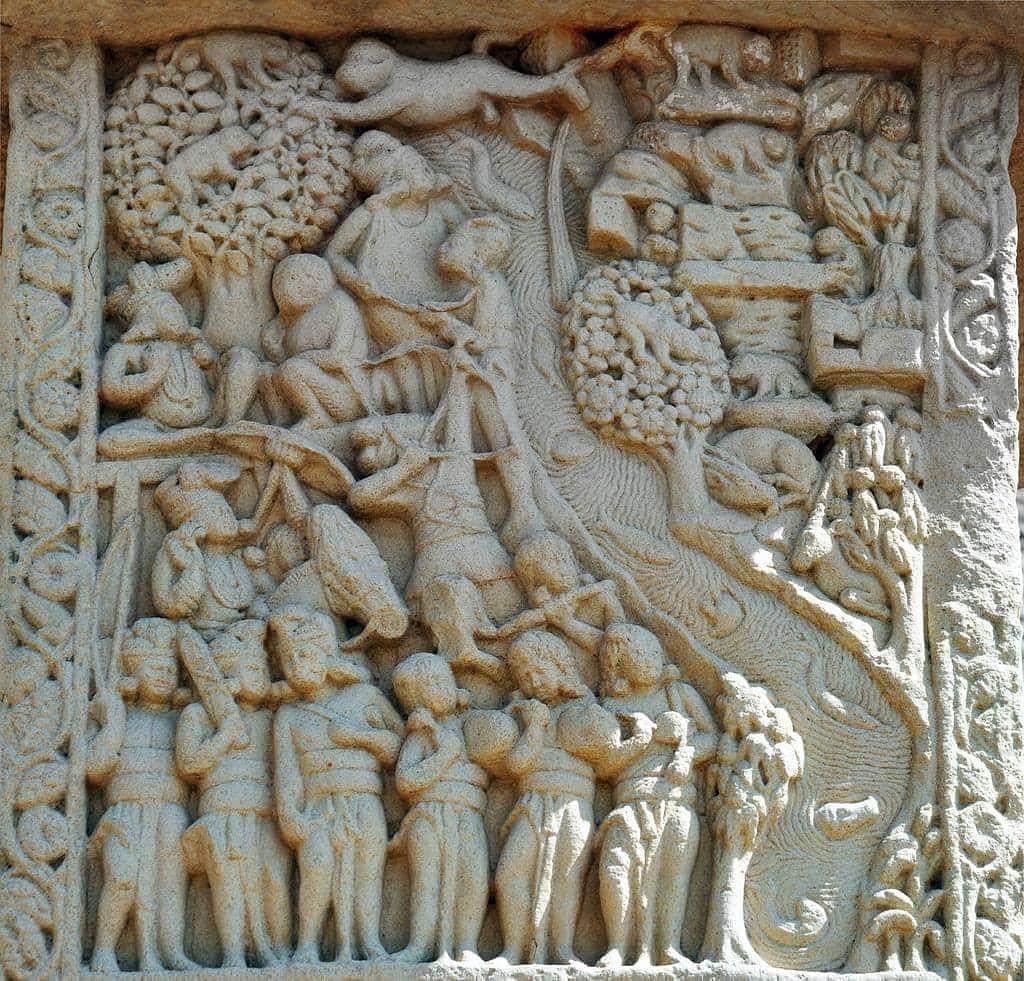 Veerabhadra temple is a Hindu temple located in Lepakshi, in the state of Andhra Pradesh, India. The temple is dedicated to Virabhadra, a fierce emanation of Lord Shiva. Built-in the 16th century, the architectural features of the temple are in the Vijayanagara style with profusion of carvings and paintings at almost every exposed surface of the temple.

Petroglyphs are rock carvings (rock paintings are called pictographs) made by pecking directly on the rock surface using a stone chisel and a hammerstone. When the desert varnish (or patina) on the surface of the rock was chipped off, the lighter rock underneath was exposed, creating the petroglyph.

In which of the above place(s), mural paintings have been found?

Statement 1 is correct - The hallowed caves of Ajanta, Maharashtra India houses probably the world's oldest and most celebrated specimens of frescos, widely known as Ajanta Murals.

Statement 2 is correct - Mural paintings in Ellora are found in 5 caves, but only in the Kailasa temple, they are somewhat preserved. The paintings were done in two series - the first, at the time of carving the caves & the subsequent series was done several centuries later. The earlier paintings show Vishnu & Lakshmi borne through the clouds by Garuda, with clouds in the background. 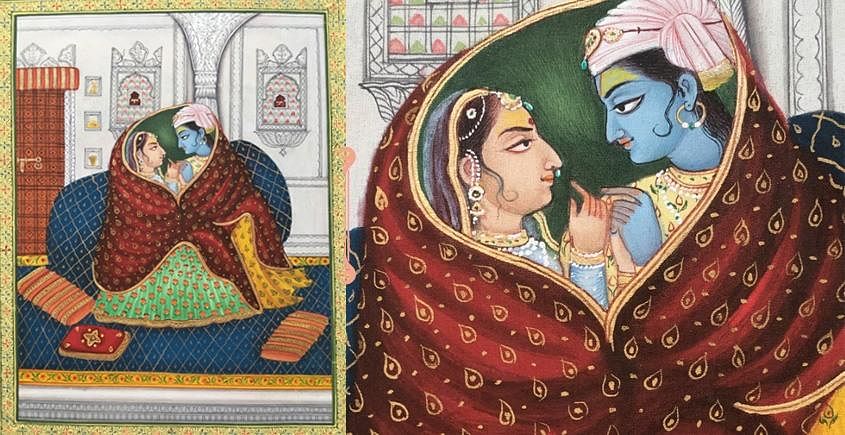 (a) Pala School of Art

(b) Apabhramsa School of Art

Which of the above is/are among the shadanga of painting as Per Vatsyayana?

Shadang’ or the six limbs of Indian Art find their first mention in Vatsyayana’s celebrated text Kama Sutra.  Shadang weaves the language of an artwork. It defines the principles of creation of an artwork. It mirrors the limbs of art, without which artwork is deficient.

(a) Miniature Art during Delhi Sultanate

(a) Rajasthani Schools of Painting

(b) Mewar School of Painting 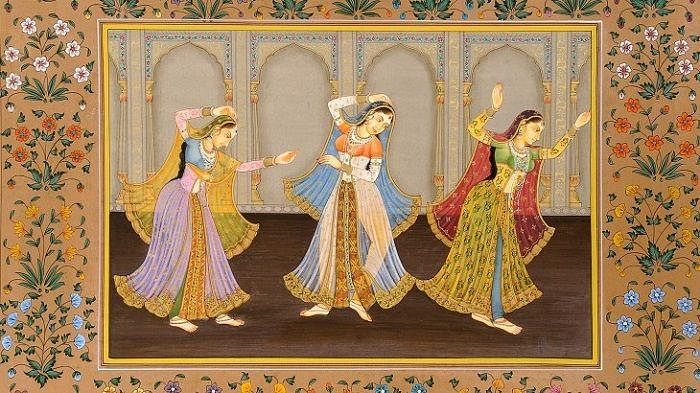 (i) Jammu or Dogra School 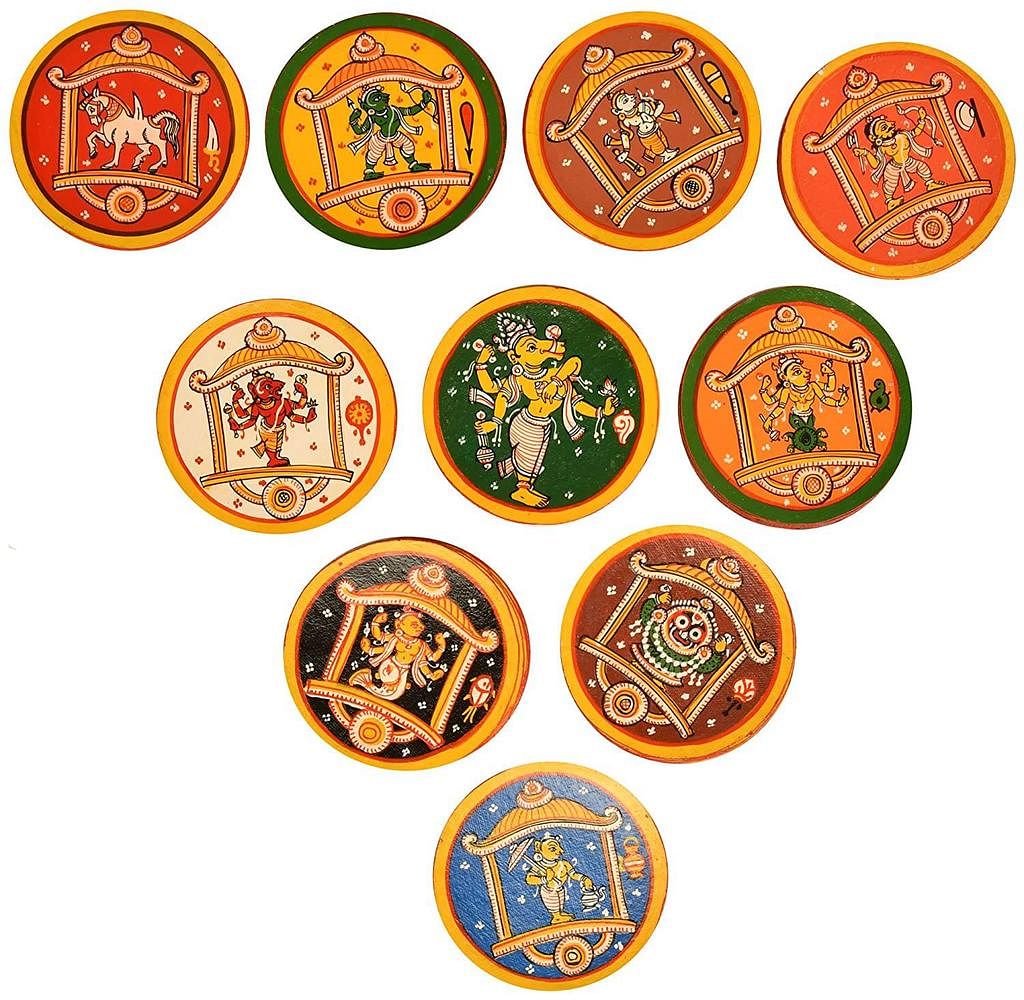 Question for Nitin Singhania Summary: Indian Paintings
Try yourself:This folk painting has the exclusive monopoly of women artists and symbolic figures are found in it. Paintings are 2D in effect and gaps are filled with figures and patterns. It is –
Explanation

Madhubani painting art of Mithila is a pictorial representation of religious ceremonies, especially the traditions and rituals associated with Vedic marital rites, which are performed by women, which are dedicated to Goddess Durga, Kali and Gauri.

Kalamkari is a type of hand-painted or block-printed cotton textile produced in Isfahan, Iran, and in the Indian states of Andhra Pradesh and Telangana. Only natural dyes are used in kalamkari, which involves twenty-three steps.

Paitkar painting is a folk painting found in East India in the form of scrolls. The Paitkar. painting occurs in the bordering areas of Jharkhand, West Bengal and Orissa and considered as. the old age tribal painting of India. The painting is prepared by the painters known as 'Chitrakar'. Afterlife is the main theme of this painting.

Manjusha Art is an ancient and historically significant art form, considered on a par with Madhubani art. Manjusha Art or Manjusha Kala is often referred to as Snake Paintings by foreigners as swirling snakes in the artist depict the central character Bihula's tale of love and sacrifice.