Maths is important to develop vital life skills and our own spatial awareness. In this way, this chapter gets students acquainted with counting numbers from 1 to 20 and learn basic mathematical problems like subtraction and addition. This also focuses on recognising various shapes and sizes of objects, actual time, currency, etc. This chapter makes you aware of the physical attributes of objects and develops skills recognising patterns in your environment.

Number: It is a mathematical unit used to count, label or measure.

Number words: Number words are representation of numbers in language.

Representation of numbers from 1 to 20 in words

Concept of Ones, Tens, and Hundreds

These are places of digits in a number.

It is the process of calculating total or sum of two or more values, digits or numbers.To find the total number of one-digit numbers:

It is the process of calculating how many are left or how many more or less. 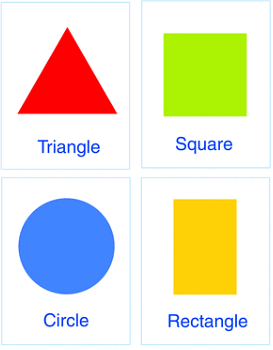 Money is a medium of exchange, i.e., buying and selling of objects.

Weight is a quantity or amount of mass in an object.

Length is a measurement which tells how long an object is.

Reading Time from a Clock