CA Foundation: Other Essential Elements of a Contract- 3 Notes | EduRev

Difference between Coercion and Undue influence:

Distinction between fraud and misrepresentation:

Legal effects of agreements without free consent - (Section 19)When consent to an agreement is caused by coercion, fraud or misrepresentation, the agreement is a contract voidable at the option of the party whose consent was so caused.

Example: A, intending to deceive B, falsely represents that 500 maunds of indigo are made annually at A’s factory, and thereby induces B to buy the factory. The contract is voidable at the option of B. This is because when consent to an agreement is caused by coercion, fraud or misrepresentation, the agreement is a contract voidable at the option of the party whose consent was so caused.

It has already been considered that when consent to an agreement is caused by coercion, undue inuence, fraud or misrepresentation, though the agreement amounts to a contract, such a contract is voidable at the option of the party those consent was so obtained. The party, however, may insist that the contract should be performed and that he should be put in the same position in which he would have been, if the representation made had been true.

But a person who had the means of discovering the truth with ordinary diligence cannot avoid a contract on the ground that his consent was caused by misrepresentation or silence amounting to fraud.

Example: A by a misrepresentation leads B to believe erroneously that 750 tons of sugar is produced per annum at the factory of A. B examines the accounts of the factory, which should have disclosed, if ordinary diligence had been exercised by B, that only 500 tons had been produced. Thereafter B purchases the factory. In the circumstance, B cannot repudiate the contract on the ground of A’s misrepresentation.

Thus, when a seller of specific goods deliberately conceals a fault in order that the buyer may not discover it even if he inspects the goods but the buyer does not in fact, make any inspection, the buyer cannot avoid the contract, as he is not in fact deceived by the conduct of the seller. 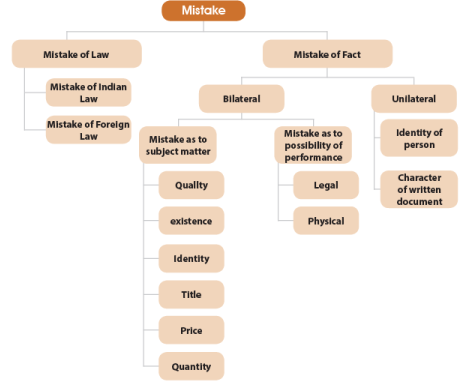 Effect of mistake on validity of a contract: Mistake is some unintentional act, omission or error, arising from unconsciousness, ignorance or forgetfulness, imposition or misplaced confidence. It may be of two kinds

It is essential for the creation of a contract that both the parties should agree to the same thing in the same sense. Thus, if two persons enter into a contract, each of them thinking about a different subject matter,no contract will arise. As a result, a mistake may lead a contract towards voidness. Its effect can be broadly studied as under:(i) Mistake of Law: A mistake of law does not render a contract void as one cannot take excuse of ignorance of the law of his own country. But if the mistake of law is caused through the inducement of another, the contract may be avoided. Mistake of foreign law is excusable and is treated like a mistake of fact. Contract may be avoided on such mistake. (ii) Mistake of fact: Where the contracting parties misunderstood each other and are at cross purposes, there is a bilateral or mutual mistake. Where both the parties to an agreement are under a mistake as to a matter of fact essential to the agreement, the agreement is void.Example: A offers to sell his Ambassador Car to B, who believes that A has only Fiat Car, agrees to buy the car. Here, the two parties are thinking about different subject matter so that there is no real consent and the agreement is void. 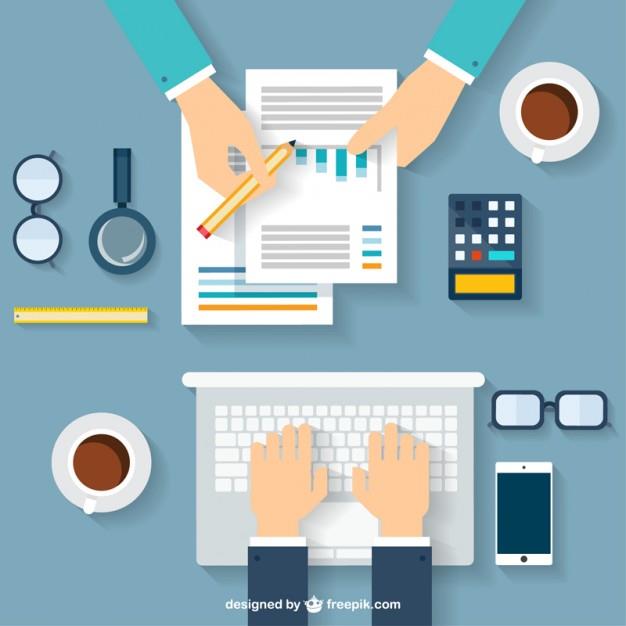