Goals of the LessonAfter going through the lesson, you shall get a broad idea of the following:

IntroductionIn this lesson, a brief idea of a modern power system is outlined. Emphasis is given to create a clear mental picture of a power system to a beginner of the course Electrical

As consumers, we use electricity for various purposes such as:

The list above is obviously not exhaustive and could be expanded and categorized in detail further. The point is, without electricity, modern-day life will simply come to a stop. In fact, the advancement of a country is measured by the index per capita consumption of electricity – i.e. the more it is, the more advanced the country is.

Change over from D.C to A.C 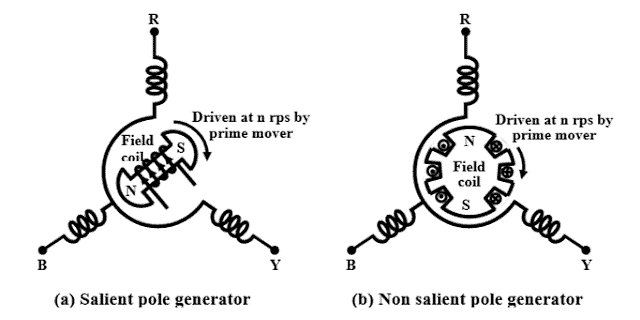 In this section, we briefly outline the basics of the three most widely found power generating stations - Thermal, Hydel and Nuclear plants in our country and elsewhere.1. Thermal Power Plant 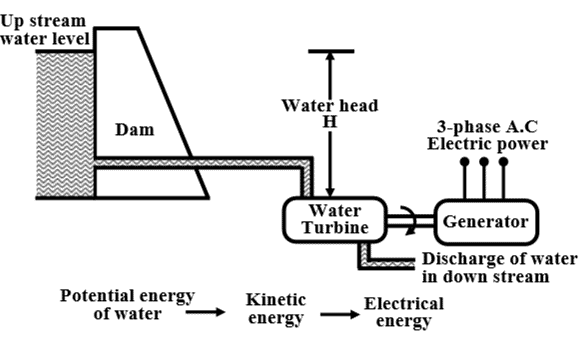 Question for Overview: Generation, Transmission & Distribution of Electric Power
Try yourself:Heat is generated in a nuclear reactor (thermal) by __________
Explanation

In a nuclear reactor, heat is generated by the fission of U-235 by neutrons.

Question for Overview: Generation, Transmission & Distribution of Electric Power
Try yourself:At what voltage and frequency is the electric power generated at the power generating station ?
Explanation

The power plants typically produce 50 cycle/second (Hertz), alternating-current (AC) electricity with voltages between 11 kV and 33 kV. At the power plant site, the 3-phase voltage is stepped up to a higher voltage for transmission on cables strung on cross-country towers.
High voltage (HV) and extra high voltage (EHV) transmission is the next stage from power plant to transport A.C. power over long distances at voltages like 220 kV and 400 kV. Where transmission is over 1000 kM, high voltage direct current transmission is also favored to minimize the losses. Sub-transmission network at 132 kV, 110 kV, 66 kV or 33 kV constitutes the next link towards the end user.
Hence, the voltage and frequency the electric power is generated at the power generating station are 11 kV and 50 hertz respectively. 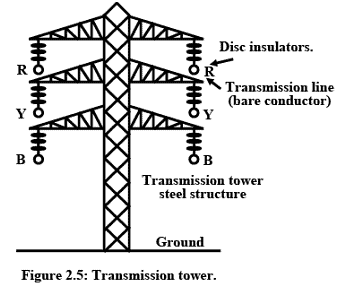 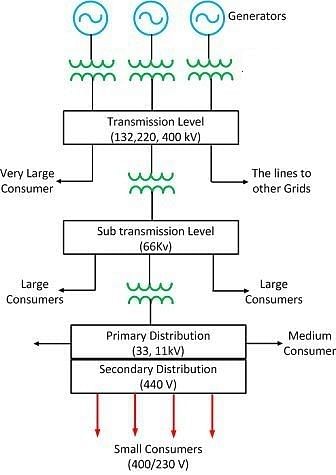 A four-wire system allows you to have phase voltages or line to ground voltages. In a 3 phase 4 wire system, neutral wire carries return current in case any fault occurs in the line there is more flexibility to keep the system running since it may only affect one of the phases.

Some important components/equipments in substation: 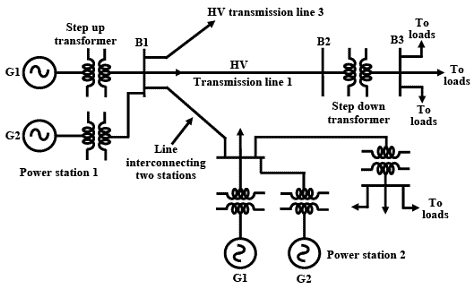 Some basic and important points, in relation to a modern power system, are summarized below: