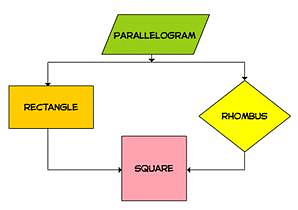 A diagonal of a parallelogram divides it into two congruent triangles. 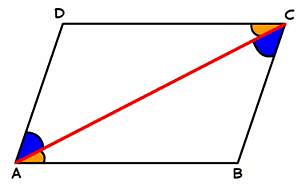 In a Quadrilateral ABCD in which diagonals bisect each other then ABCD is a parallelogram.

The document Parallelogram - Class 8 Notes - Class 8 is a part of Class 8 category.
All you need of Class 8 at this link: Class 8