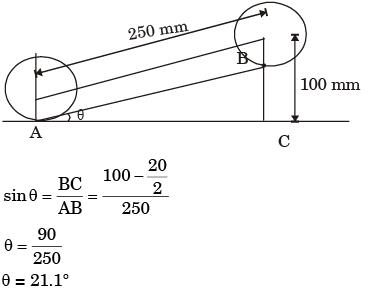 Question 2:An autocollimator is used to

Question 3:An experimental setup is planned to determine the taper of workpiece as shown in the figure.If the two precision rollers have radii 8 mm and 5 mm and the total thickness of slip gauges inserted between the rollers is 15.54 mm, the taper angle "θ" is 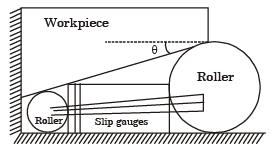 Question 4:Which one of the instrument is a comparator

Question 5:The geometric tolerance that does not need a datum for its specification is

Flat doesn’t Required initial Datum because it is departure from the three point considered plane.

Question 7:In mass manufacturing, two holes in a plate type of component are ideally located with the help of

Question 8:Outside micrometer is calibrated with the help of

Question 9:For angle measurement in metrology, the following pair can be used in conjunction with each other

Question 10:Assertion (A): Basic hole system is advocated by Indian Standards for fit design.
Explanation (E): Holes can be produced to any size

Question 11:Flatness of slip gauges is checked with

Question 12:In a casting process, a vertical channel through which molten metal flows downward from pouring basin to runner for reaching the mould cavity is called

Question 14:The flatness of a machine bed can be measured using

Question 15:Which one of the following instruments is widely used to check and calibrate geometric features of machine tools during their assembly?

Question 16:A taper hole is inspected using a CMM, with a probe of 2 mm diameter. At a height, Z=10 mm from the bottom, 5 points are touched and a diameter of circle (not compensated for probe size) is obtained as 20 mm. Similarly, a 40 mm diameter is obtained at a height Z= 40 mm.The smaller diameter (in mm) of hole at Z = 0 is 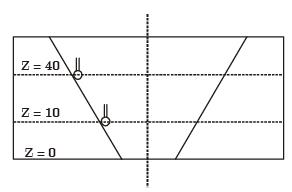 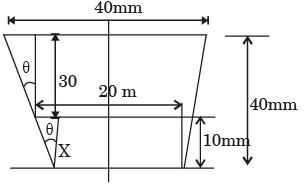 Question 17:A ring gauge is used to measure

Ring gauge is used to measure both outside diameter and roundness.

Question 18:Two slip gauges of 10 mm width measuring 1.000 mm and 1.002 mm are kept side by side in contact with each other lengthwise. An optical flat is kept resting on the slip gauges as shown in the figure. Mono-chromatic light of wavelength 0.0058928 mm is used in the inspection. The total number of straight fringes that can be observed on both slip gauges is​ 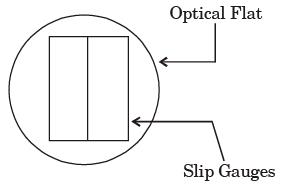 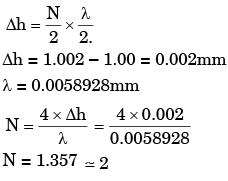 Question 19:A threaded nut of M 16, ISO metric type, having 2 mm pitch with a pitch diameter of 14.701 mm is to be checked for its pitch diameter using two or three number of balls or rollers of the following sizes

Question 20:Appropriate instrument to check the flatness of slip gauge is