Question 2:The binary phase diagram of metals P and Q is shown in the figure. An alloy X containing 60% P and 40% Q (by weight) is cooled from liquid to solid state. The fractions of solid and liquid (in weight percent) at 1250°C, respectively, will be 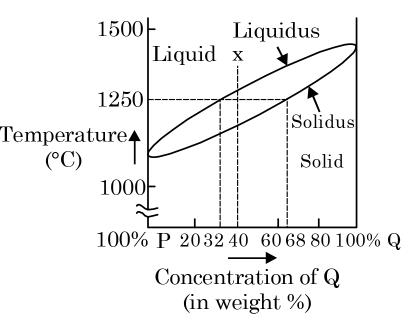 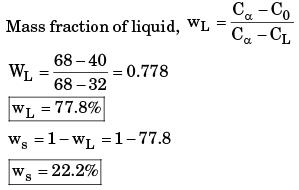 Question 3:Denoting L as liquid and M as solid in a phasediagram with the subscripts representing different phases, a eutectoid reaction is described by

Question 4:In the phase diagram shown in the figure, four samples of the same composition are heated to temperatures marked by a, b, c and d.
Composition (Arbitrary Units) At which temperature will a sample get solutionized the fastest?

Question 6:If a particular Fe-C alloy contains less than 0.83% carbon, it is called

Question 7:The percentage of carbon in grey cast iron is in the range of

Question 8:The iron carbon diagram and the TTT curves are determined under

As carbon content increases, both tensile strength and hardness increases  but ductility and toughness decreases.

Question 10:The process of reheating the martensitic steel to reduce its brittleness without any significant loss in its hardness is 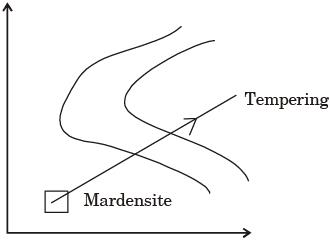 Question 11:The main purpose of spheroidising treatment is to improve 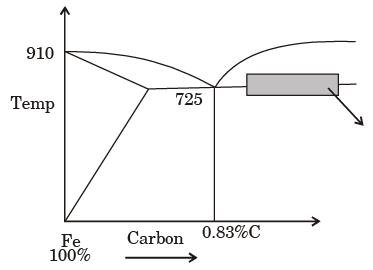 Question 12:When 1.0% plane carbon steel is slowly cooled from the molten state to 740°C, the resulting structure will contain