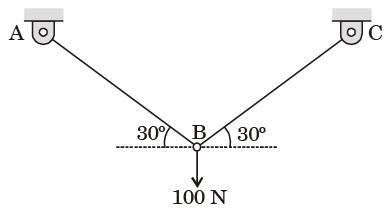 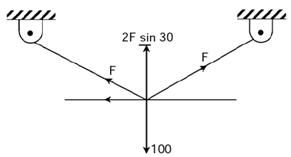 Question 2:A two member truss PQR is supporting a load W. The axial forces in members PQ and QR are respectively 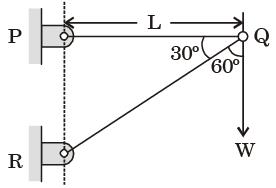 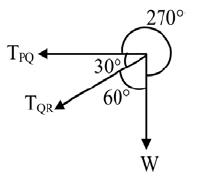 Lami’s theorem is used to find the F

Question 3:For the truss shown in the figure, the magnitude of the force (in kN) in the member SR is 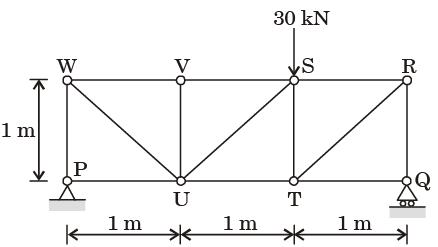 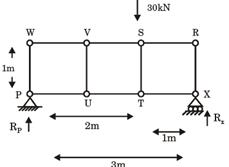 Question 4:For the truss shown in figure, the magnitude of the force in member PR and the support reaction at R are respectively 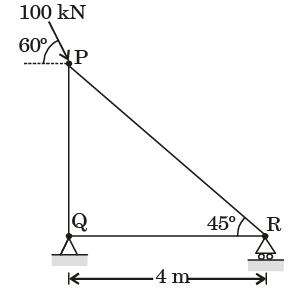 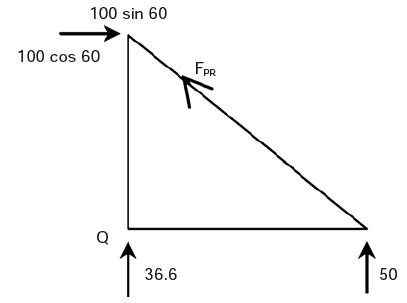 Question 5:For the truss shown in the figure, the forces F1 and F2 are 9 kN and 3 kN, respectively. The force (in kN) in the member QS is (All dimensions are in m) 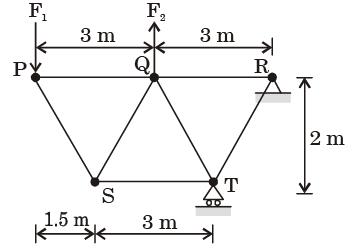 By method of sections 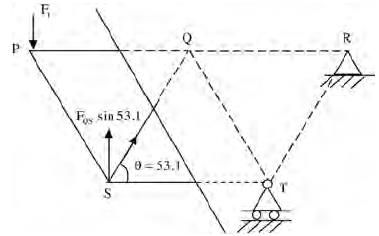 Question 6:Two steel truss members, AC md BC, each having cross sectional are of 100 mm2, are subjected to a horizontal force F as shown in figure. All the joints are hinged. 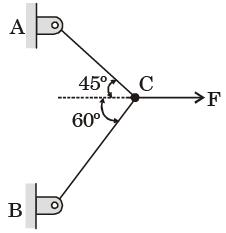 Question 7:Two steel truss members, AC md BC, each having cross sectional are of 100 mm2, are subjected to a horizontal force F as shown in figure. All the joints are hinged. 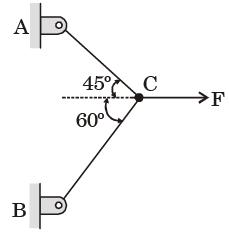 If F = 1 kN, the magnitude of the vertical reaction force developed at the point B in kN is

Question 8:Consider a truss PQR loaded at P with aforce Fas shown in the figure. 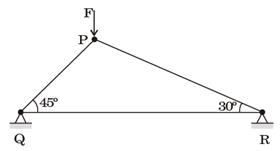 The tension in the number QR is 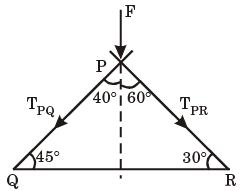 Question 9:The figure shows a pin-jointed plane truss Ioaded at the point M by hanging a mass of 100 kg. The member LN of the truss is subjected to a load of 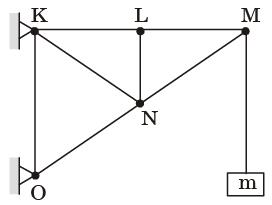 Consider all forces at point L

Question 10:A truss consists of horizontal members (AC, CD, DB  and EF) and vertical members (CE and DF) having length l each. The-members AE, DE and BF are inclined at 45° to the horizontal For the uniformly distributed load p per unit length on the members EF of the truss shown in figure given below, the force in the member CD is

Taking moment about A, we have

Considering a point A.
For horizontal equilibrium FAC + FAE cos 45º = 0 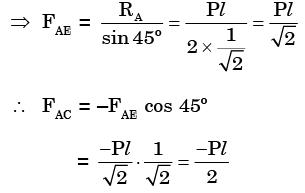 –ve sign shows that the force on member AC is opposite of assumed. Now considering a point C For horizontal equilibrium