The document Percentage Composition Class 11 Notes | EduRev is a part of Class 11 category.
All you need of Class 11 at this link: Class 11 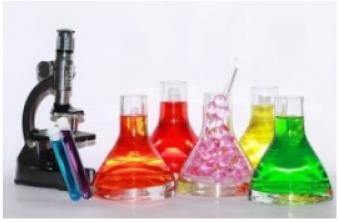 The Formula for Percentage Composition We can express the percentage composition of a given element using the formula below:

We multiply this ratio by 100 to get the percentage form of the composition.

It is important to note that we can calculate the mass percentage composition by dividing the mass of a component by the total mass of the mixture. This ratio is then to be multiplied by 100. We also call it the mass percent(w/w) %.Importance of Mass PercentageFor many scientific and practical reasons, we ought to know what quantity of an element is present in a given compound. This is indispensable for the chemists to get to the empirical formula of many compounds.This formula helps in showing the lowest whole number of moles and the relative number of atoms of each element in a compound. With the help of the empirical formula, chemists can also calculate the actual molecular formula. This formula shows the exact number of atoms in the compound.Determining the Mass Percent from a Chemical FormulaWe will explain this section with the help of an example. It will clear your fundamentals on how to calculate the mass percent.Let us consider glucose. The formula for glucose is C6H12O6.

Let us calculate the mass percent of each of the elements in glucose.

From the formula, we can see the number of moles of each of the elements. Glucose has 6 carbon atoms, 12 hydrogen atoms and also 6 oxygen atoms.

Let us now multiply each of the atoms by its molar mass. Thus, we arrive at the mass of each of the element in glucose.

We now divide each mass by mass of 1 moles of glucose to arrive at the mass fraction of each element. Multiplying this value by 100 gives the mass percentage of the elements.The Example in DetailEach mole of carbon has a mass of 12.01g / mol of carbon.

Oxygen has a higher value in this as its molar mass is higher than that of carbon.Solved Example Q. Find the percent composition of each element in water.