The document Phylum Coelenterata - Class 11 Class 11 Notes | EduRev is a part of Class 11 category.
All you need of Class 11 at this link: Class 11
Needed a Document for phylum colenterata?
Related: Introduction- Animal Kingdom, Biology, Class 11

These are typically invertebrate animals, which show a very simple level tissue organisation. They are aquatic animals and are mostly found in marine environments, attached to the rocks at the bottom of the ocean. A few species are also found in freshwater habitats. Coelenterates can be found solitarily or in colonies. You can find them sedentary or free swimming.

Coelenterates can be called as the simplest animal group that has true tissues and have the characteristic coelenteron or the gastrovascular cavity. This phylum is further divides into three classes: 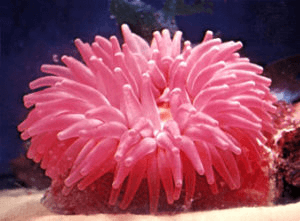