Position of Metals and Non-metals in the Periodic Table 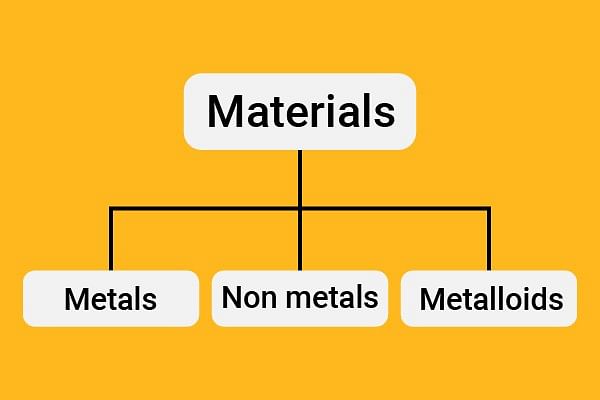 The position of metals, non-metals and metalloids are shown in a simple form in figure. 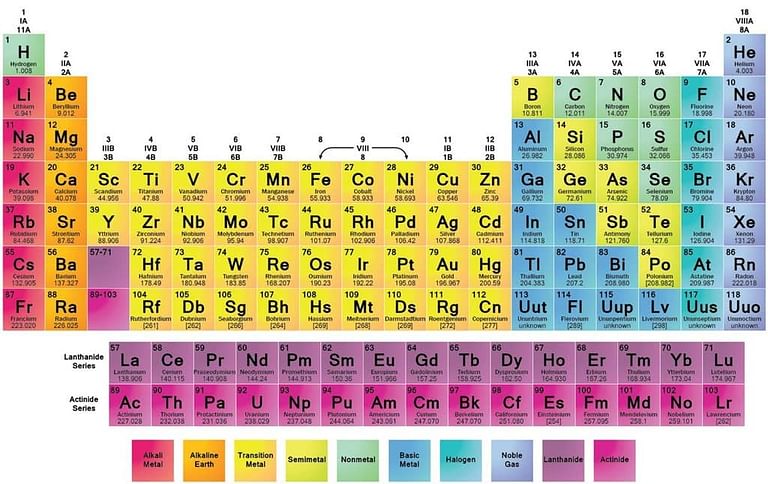 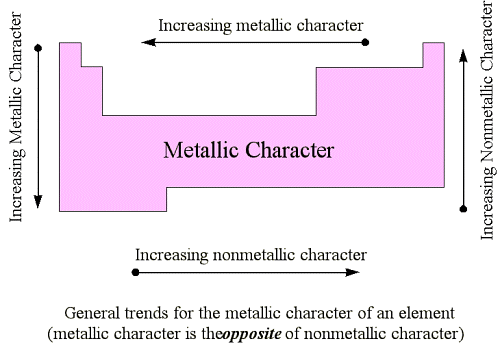 The elements which can be polished, drawn into wires (ductile), hammered into sheets (malleable) and a good conductor of heat and electricity are called metals. Such as gold, silver and aluminium. Al is the most abundant metal in the earth's crust.

An element is called metal, which forms positive ions (or cations) by losing an electron.

The important physical properties of metals are given below: 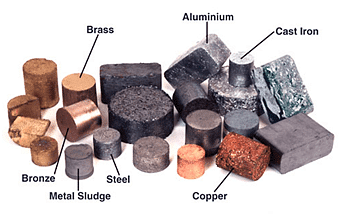 Most of the metals are hard, but all metals are not equally hard. The hardness of metals varies from metal to metal.Example: Iron, Copper, Aluminium, Sodium and Potassium.

The property in which metals can be beaten with a hammer into very thin sheets without breaking is called malleability. Gold and silver are the best malleable metals. 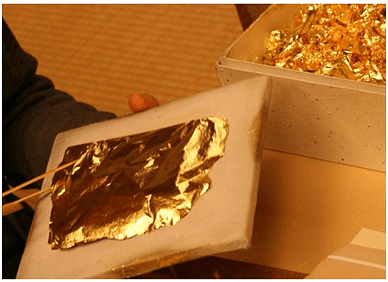 Aluminium and copper are also highly malleable metals. All of these metals can be beaten with a hammer to form very thin sheets, called a foil.

To show that the metals are malleable.

Take an iron nail, a piece of zinc, copper, coal, aluminium, place all of the above one by one on a block of iron and strike it 4 and 5 times with a hammer.

2. Coal is broken into small pieces. i.e. it is not a metal, because it does not show the property of malleability.

Lustre of MetalsMost of the metals, in their pure state, have a shining surface. This property is called metallic lustre. Example, gold is shining yellow and copper is brown, iron, aluminium and zinc are lustrous grey. 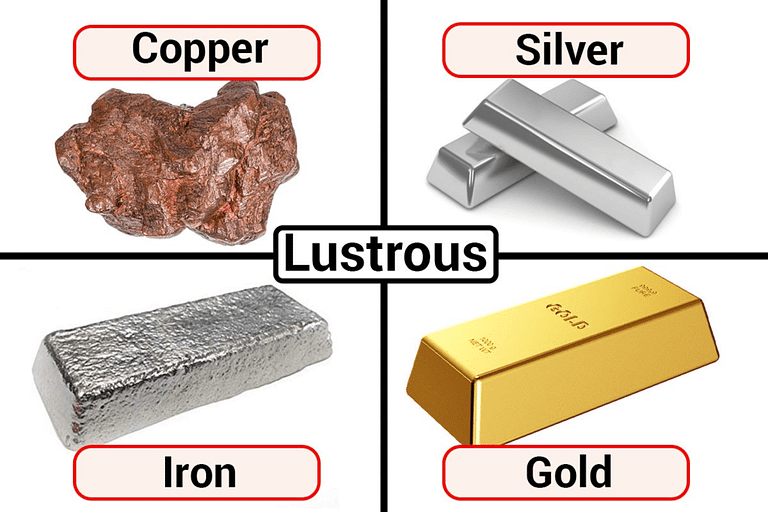 To show that metals have shine or brightness. Take a small piece of iron, copper, aluminium and magnesium. Now clean their surface by rubbing them with a sand paper.

Iron is shining grey in colour, magnesium and aluminium appear white, gold is yellow in colour and copper is reddish in colour.

Thus metals have shine or brightness.

Ductility of MetalsDuctility is also an important property of metals. The ability of metals to be drawn (stretched) into thin wires is termed as ductility. 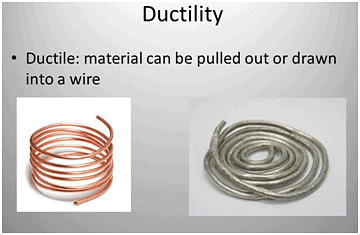 Thermal Conductivity of MetalsThe process in which a metal allows the flow of heat through it is called its thermal conductivity. Most of metals are good conductors of heat, such as silver, gold, iron, copper and aluminium. Silver and copper are the best conductor of heat.

To show that metals are good conductor of heat.Procedure:

Take a metal rod and place its one end in hot water.Observation:

The other end also gets heated soon.Result:

This shows that metals are good conductors of heat.

Take a small wire and clamp it on a stand as shown in the figure below. Then fix a pin to the free end of the wire with the help of wax. Now heat the copper wire with a candle or burner near its clamped end.

After some time the other end will also become hot and wax will melt and nail will fall down.

This shows that metals are good conductors of heat. This experiment also shows that metal wire does not melt. i.e. metals have high melting points. Repeat this activity with aluminium & iron metal.

Metals conduct heat when a portion of an object made of metal is heated, its atoms gain energy. The energetic atoms vibrate vigorously and transfer energy to the other adjacent atoms. In this way the entire object and anything in its contact also become hot.

The property in which metal facilitates the flow of electric current through it is called electrical conductivity. All metals are good conductors of electricity because they contain free or mobile electrons. These free electrons conduct electric current. Silver is the best conductor of electricity. Since silver is expensive, therefore, copper and aluminium are commonly used for making electric wires. These metals are next best conductor of electricity.However, iron and mercury offer greater resistance to the flow of current. Therefore, they have low electrical conductivities.

To show that metal is a good conductor of electricity.Procedure:

Take a dry cell, a bulb fitted in a holder, connecting wires (copper wire), crocodile clips and a switch. Set up all apparatus an electric circuit as shown in figure. 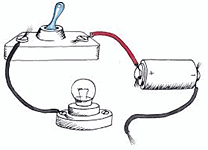 Apparatus for the experiment

The bulb glows at once when switch is on.Result:

This shows that copper metal conducts electric current, i.e. it is a good conductor of electricity.

SonorousThe property of metals in which metals produce sound when they strike a hard object or other surface are called sonorous. Some metals like copper, silver, gold, aluminium give musical sound when they are struck by themselves or any other object.

Uses of Some Metals

Many metals and their compounds are useful in our daily life. These are as follows:

Non-metals and their General Properties

Non-metals are present on the right-hand side of the periodic table (exception: Hydrogen). Among the total known elements, there are only 22 non-metals, out of which 11 are gases like oxygen, nitrogen, hydrogen one is a liquid (Bromine) and the rest 10 are solids such as sulphur, phosphorus and the allotropes of carbon (Diamond and graphite).

Exception: Graphite which is a good conductor of electricity. Non-metals do not conduct the electric current due to absent of free or mobile electrons. 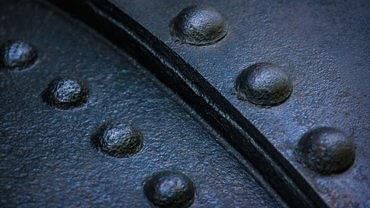 Graphite, a good conductor of electricity 5. Non-metals can be easily broken due to its low tensile strength.6. Non-metals are generally light and have low densities.7. Unlike metals, non-metals do not produce any sound when struck with an object.8. Non-metals are soft (Exception: Diamond)9. Non-metals have low melting and boiling points. (Exception: Graphite has very high melting point (3730°C))