The document Plant Tissues - Practice Notes - Class 11 is a part of Class 11 category.
All you need of Class 11 at this link: Class 11

Plant tissues are of two types on the basis of their dividing capacity : 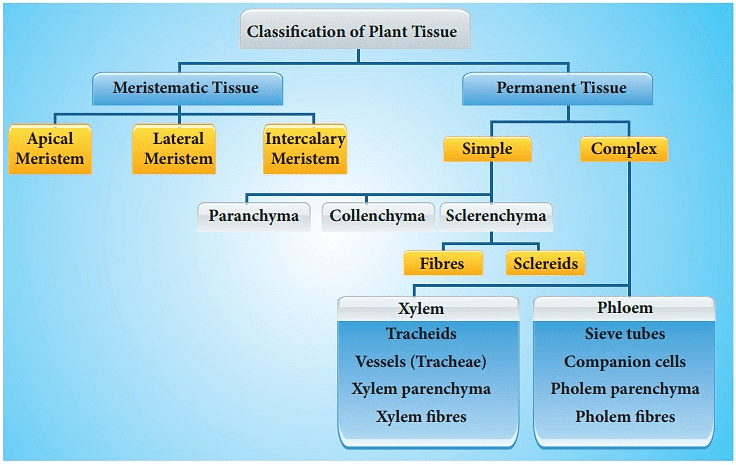 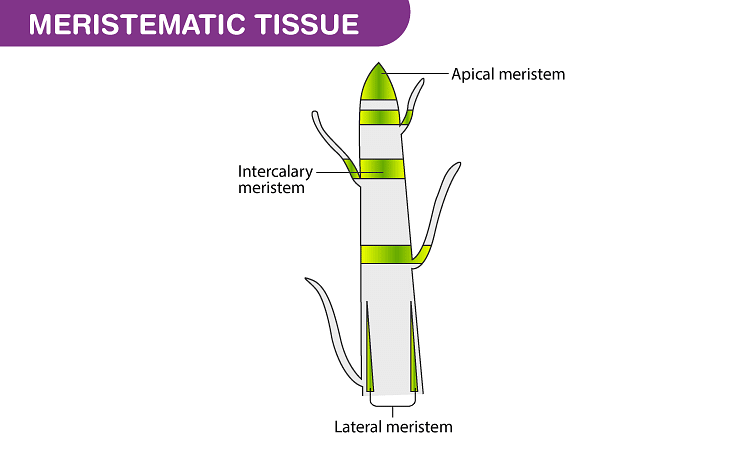 On the basis of their location meristematic tissues are of three types:

Meristematic tissues are of three types on the basis of origin-

Promeristem : These are embryonic meristem which give rise to primary meristem.

Primary Meristem: These are always in active state of division and give rise to primary permanent tissue.

Root apical meristem is subterminal in position due to the presence of root cap.

Eumeristem is divided into three regions

Lateral meristem are both primary and secondary in origine. 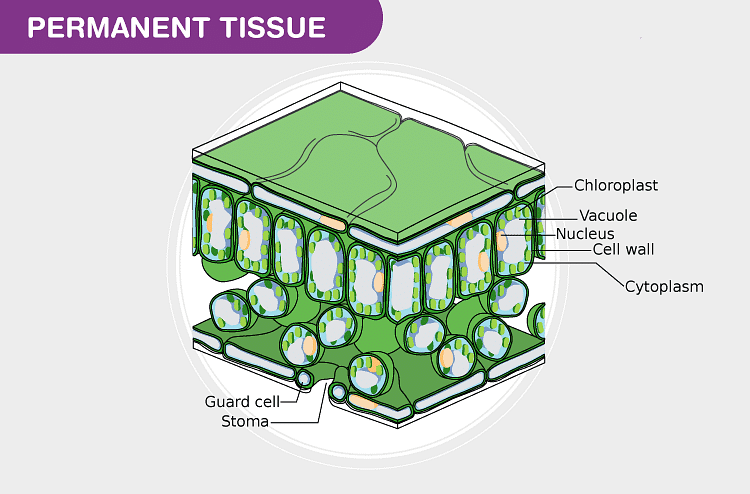 Parenchyma is the first evolved permanent tissue which is present in all soft parts of plant (therefore called as universal tissue).The body of bryophytes is made up of only parenchyma tissue. In dorisventral leaf of dicot plant, two types of parenchyma tissues are present:

Prosenchyma : Parenchymatous cells become long and taper at both the ends.e.g. It is found in pericycle of root.

Stellate parenchyma found in the leaf bases of banana, leaf bases performs the function of stem.

Differentiation : The developement process in which cells take up a permanent shape, size and perform a specific function.

Sclerenchymatous cells are of two types in structure :

Lignin is a complex polymer which acts as a cement and hardens cell wall. Lignin makes the cell wall impermeable so important substances are unable to pass through it. As a result, cells that are heavily lignified do not have living content (protoplasm).

(b) Sclereids (grit or stone cells)

Differences Between Fibres and Sclereids

Xylem is made up of four types of cells :

Vessels and tracheids have 5 type of lignification.

Vessels are only found in xylem of angiosperm but exceptionally present in gymnosperm (Ephedra, Gnetum and Welwitschia). Vessels are example of dead syncyte. 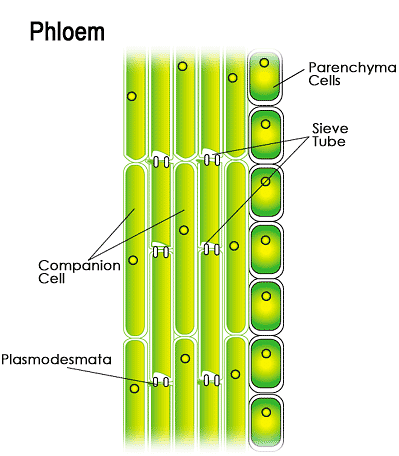 It is also made up of four types of cells:

Although sieve tube elements do not have nuclei, but they still remain living. It is so because they are dependent on adjacent companion cells which develop from the same original meristematic cell. The two cells together for a functional unit.

Leptome : Main part of phloem involved in conduction of food, which is sieve tube. companion cells are present only in phloem of angiospermic plants.

Function of Phloem : Phloem transport photosynthetically prepared food materials from the leaves to the storage organs and latter from storage organs to the growing regions of the plant body. 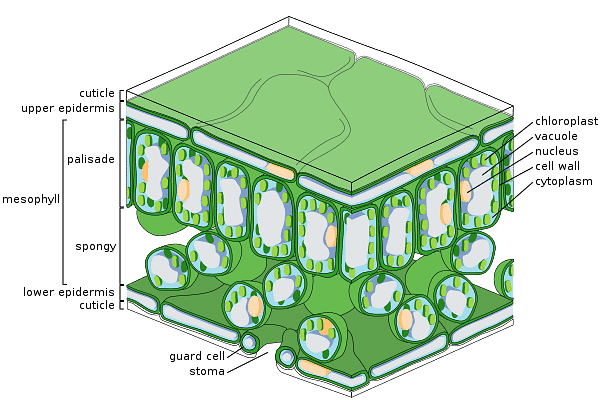 It is the outermost layer of all organs of plant body which is formed from parenchymal cells. It protects the internal tissue from mechanical injuries and entry of germs.

The cork cells do not contain protoplasm but are filled with resin or tannins. In case of onion bulb too, in the skin of onion the cell walls become thick and water proof due to addition of suberin.

Commercial cork is obtained from the stem surface of Quercus suber.