The document Points to be Remembered: Organic Spectroscopy IIT JAM Notes | EduRev is a part of the IIT JAM Course Organic Chemistry.
All you need of IIT JAM at this link: IIT JAM

1. UV Spectroscopy: A. Some Important Terms:➤ Chromophore: It is the electronic species that is responsible for the absorption of a molecule in UV/VIS region. ➤ Auxochrome: It is substituent on the Chromophore which will increase the wavelength for absorption to a higher wavelength. 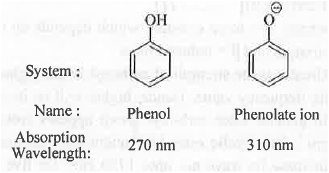 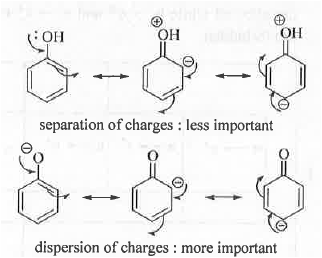 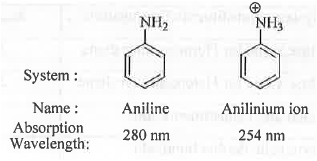 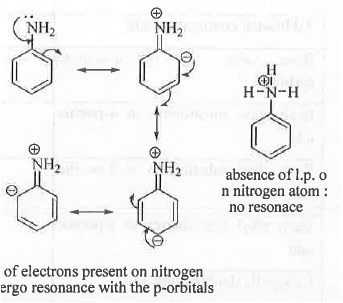 ➤ Hyperchromic Shift: A shift in molar absorptivity(e) towards higher value. Molar absorptivity will be very high for an quantum mechanically allowed transition. Higher is the value of e, greater will be the intensity of the transition, π →π*. 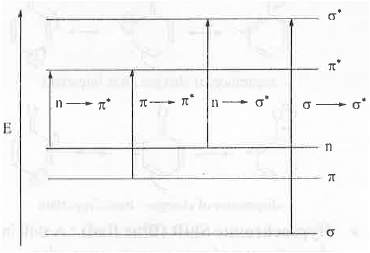 B. Woodward's Rule for Calculating 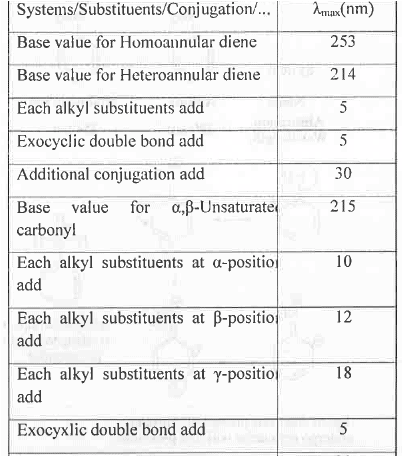 Example - Let us calculate the

value of the following system:

B. Stretching Frequency:The mathematical expression of frequency is: v = l/2π[√(k/β)] ..........(1)where, k = force constant which depends on the bond strength and p = reduced mass Greater is the strength of carbonyl bond, higher will be its frequency value. Hence, higher will be its wave no. In general ester carbonyl group appears around 1750 cm-1. But, cyclic ester i.e. lactones are strained which increase its wave no. up to 1770 cm-1 for five member system. But, in case of R, the double bond will undergo resonance with the carbonyl group decreasing the carbonyl character of the ester group. Hence, wave no. of the ester carbonyl decrease and it will become 1750 cm-1. 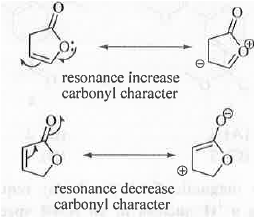 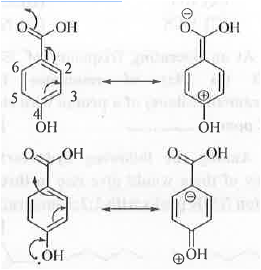 -COOH group containing carbon is most electron deficient as it is attached with two highly electronegative oxygen atom. Hence, it will appear at highest

-value (171 ppm). The C-4 carbon is also attached with one electronegative oxygen atom. Hence, it will also appear at a higher 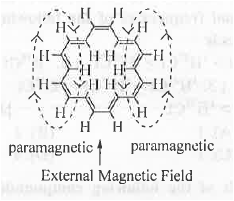