Recently, the President promulgated two ordinances that would allow the Centre to extend the tenures of the directors of the Central Bureau of Investigation and the Enforcement Directorate from two years to up to five years.

(i) Amendments in DSPE Act:

(i) The CBI was set up in 1963 by a resolution of the Ministry of Home Affairs.

(iii) The CBI is not a statutory body. It derives its powers from the DSPE Act, 1946.

(iv) The CBI is the main investigating agency of the Central Government.

(v) The CBI is headed by a Director.

(vi) The CBI has jurisdiction to investigate offences pertaining to 69 Central laws, 18 State Acts and 231 offences in the IPC.

(i) Directorate of Enforcement is a specialized financial investigation agency under the Department of Revenue, Ministry of Finance.(ii) On 1st May 1956, an ‘Enforcement Unit’ was formed, in the Department of Economic Affairs, for handling Exchange Control Laws violations under Foreign Exchange Regulation Act, 1947.

The Union Cabinet has approved the restoration of the Member of Parliament Local Area Development Scheme (MPLADS) for the remaining part of Financial Year 2021-22 till 2025-26.

(v) Significance of Restoration of the Scheme:

Penalty provisions in the rules have been rationalized. Amendment in the rules categorized the violations of the rules under the following major heads:

Recently, the Ministry of Mines has notified the Minerals (other than Atomic and Hydro Carbons Energy Mineral) Concession (Fourth Amendment) Rules, 2021. ► Area for Grant of Mining Lease:

► Part Surrender for all Cases:

India holds a fair advantage in production and conversion costs in steel and alumina. Its strategic location enables export opportunities to develop as well as fast-developing Asian markets.

India is the world’s second-largest coal producer as of 2021.

The central government is preparing to give a fresh push to the establishment of an All India Judicial Service (AIJS) on the lines of the central civil services.

The AIJS was first proposed by the 14th report of the Law Commission in 1958. 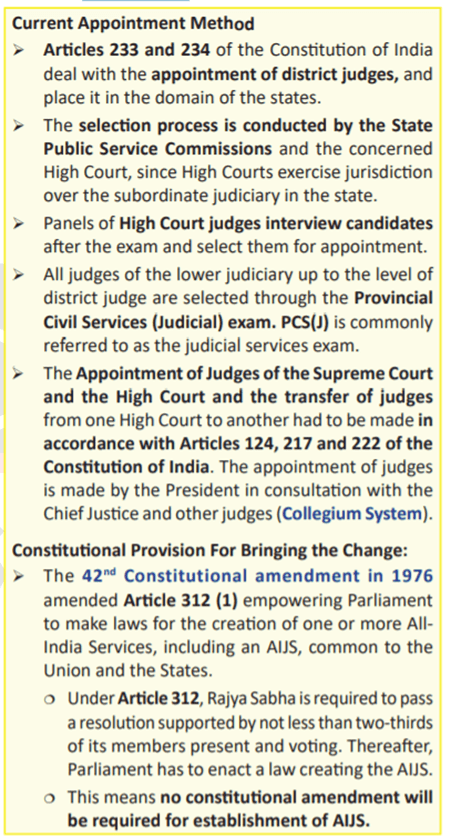 Recently, a seven-day cultural festival of the northeast as part of the celebrations of 75 years of Independence under the Azadi Ka Amrut Mahotsav programme concluded at the National Museum, Delhi

(i) Aim: To bring the rest of India closer to North East (NE) India.