The document Practice Doc: SNAP 2019 For Analytical & Logical Reasoning CAT Notes | EduRev is a part of CAT category.
All you need of CAT at this link: CAT

Hence, from the above codes, 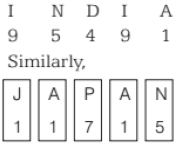 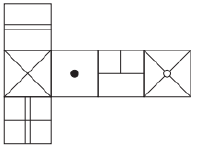 An unfolded dice is given above. Find the correct answer which can be formed by folding the unfolded dice.(a)

Ans. (c)Solution: The opposite faces of the dice will be 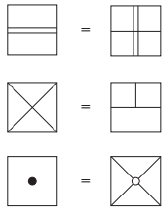 Hence, the dice formed will be

7. Fill in the missing block logically

Ans. (a)Solution:Clearly, option figure (a) completes the original figure which looks like the figure as shown below.

19. Find what will come at the place of question mark(?). 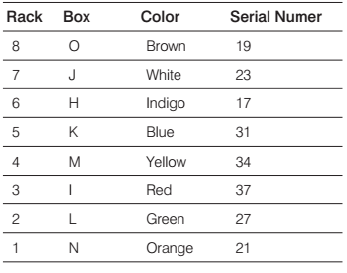 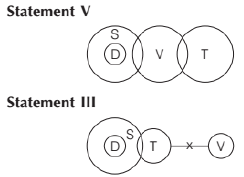