Q 1. Describe with examples the way in which power can be shared among different social and linguistic groups?

Power may also be shared among different social groups, such as religious and linguistic groups, for example, Belgium. In Belgium, apart from the Central and the State Government, there is a third kind of government called the Community Government. This community government is elected by people belonging to one language community. This government has the power regarding cultural, educational and language-related issues. 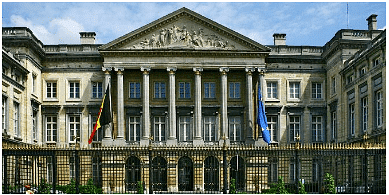 When power is shared among legislature, executive and judiciary different organs of government. This is known as the horizontal distribution of power. This kind of distribution allows different organs of government placed at the same level to exercise different powers. In this pattern, each organ checks the others. This maintains the balance of power, for example, in India.When power shared among governments at different levels, at the provincial or regional level, this is known as vertical distribution of power. Such a general government for the entire country is usually called the federal government. In India, we refer to it as the central or union government. The governments at the provincial or regional level are called by different names in different countries. In India, we call them state governments.

Q 3. What is the difference between the policies adopted by Belgium and Sri Lanka regarding power-sharing arrangement?

How have Belgium and Sri Lanka dealt with the question of power-sharing differently.

The ethnic composition of Belgium is very complex. The Belgium Constitution prescribes that the number of Dutch and French-speaking ministers shall be equal in the central government. 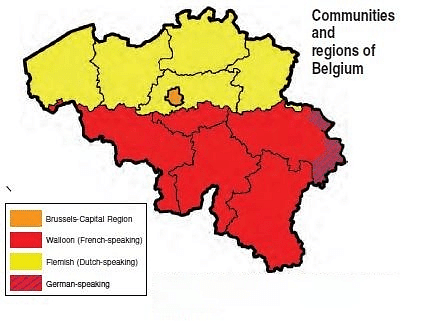 Some special laws require the support of the majority of members from each linguistic group. Thus no single community can make decisions unilaterally. Many powers of the central government have been given to state governments but the state governments are not subordinate to the central government. Brussels (the capital) has a separate government in which both the communities have equal representation.Apart from the central and the state government, there is a third kind of government. This community government is elected by people belonging to one language community. It has the power regarding cultural, educational and language-related issues.In Sri Lanka, there are two major social groups – Sinhala speakers (74%) and Tamil speakers (18%). The leaders of the Sinhala community sought to secure dominance over the government. As a result, the democratically elected government adopted a series of majoritarian. Under it, Sinhala is recognised as the only official language. The government followed Sinhala preferential policies. The state shall protect and foster Buddhism. As a result, the relations between the Sinhala and Tamil communities strained over time.

(i) In 1956, an Act was passed to recognise Sinhala as the only official language, thus disregarding Tamil. 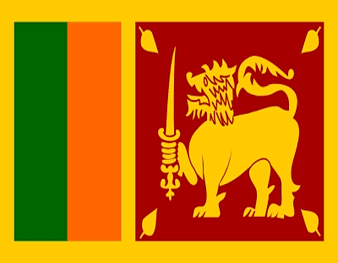 Fig: Sinhala as the official language in Sri Lanka

(ii) The governments followed preferential policies that favoured Sinhala applicants for positions in educational institutions, armed forces and other government jobs.(iii) A new constitution declared that the state shall protect and promote Buddhism, the religion of the majority Sinhala community.All these government measures gradually increased the feeling of alienation among the Sri Lankan Tamils.

Q 6. Explain two reasons as to why power sharing is desirable.

(i) Power sharing is desirable because it helps to reduce the possibility of conflict between social groups. Since social conflicts eventually lead to political instability, power-sharing ensures the stability of the political order.(ii) Powers sharing is the very spirit of democracy. A legitimate government is one where citizens through participation, acquire a stake in the system.

Q 7. Write one prudential and one moral reason for power-sharing.

Q 1. Describe any three demands of the Sri Lankan Tamils. How did they struggle for their demands?

The demands of the Sri Lankan Tamils are:(i) recognition of Tamil as an official language(ii) regional autonomy(iii) equality of opportunity in securing education and jobsIn order to struggle for their demands, they launched parties and struggles. By 1980s, several political organizations were formed, demanding an independent Tamil Eelam (state) in northern and eastern parts of Sri Lanka. This struggle turned into a widespread conflict, leading to a civil war.

Q 2. What is majoritarianism? How has it increased the feelings of alienation among Sri Lankan Tamils? Explain with examples.

‘Majoritarianism’ refers to the policy of domination of the majority over the minority, just by the virtue of being in majority.

In Sri Lanka, it has led to feelings of alienation among the Tamils. They feel that none of the major political parties, led by Buddhist Sinhala leaders are sensitive to their language and culture. According to them, the Constitution and the government policies have denied them equal political rights and discriminated against them in getting jobs and other opportunities and ignored their interests.This alienation among the Tamils is due to the following reasons:(i) In 1956, an Act was passed to recognize Sinhala as the only official language, thus disregarding Tamil.(ii) The government framed policies favouring Sinhala people for government jobs.(iii) The new Constitution specified that the state shall protect and foster Buddhism.