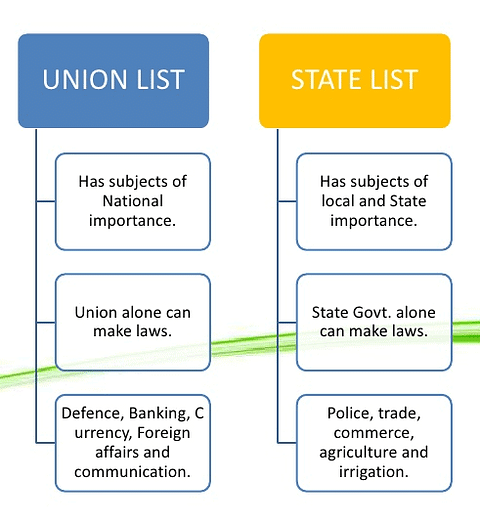 Ques 1: Describe any four features of federalism.Ans:(i) In a federation, there are two or more levels (or tiers) of government. 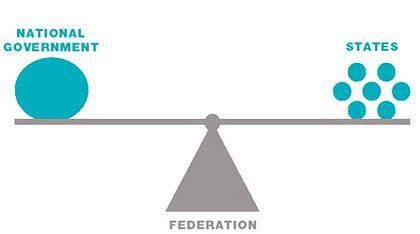 (ii) Different levels of government govern the same citizens, but the subjects over which they can make laws are clearly specified in the three lists—Union, State and Concurrent.

(iii) The fundamental provisions of the Constitution cannot be amended unilaterally by any one level of government. They have to be approved by both levels of the government.

(iv) In case of a dispute between the different levels of government in the exercise of their powers, the courts interpret the Constitution to decide upon the dispute.Ques 2: What makes India a federation?ORExplain the factors which make India a federal state.Ans: The Constitution declared India as a Union of states. The following points clearly show that the Indian Union is based on the principles of federalism –(i) The Constitution clearly provided a three-fold distribution of legislative powers between the Union government and the State governments in the three lists—Union, State and  Concurrent lists.(ii) This sharing of power is basic to the structure of the Constitution, and it cannot be changed by Parliament; it has to be ratified by at least half of the state legislatures.(iii) In a federation, the judiciary solves the disputes between different levels of government. In any such case of a dispute, the High Courts and the Supreme Court make a decision.Ques 3: Explain any four features of the third tier of the government.Ans:(i) It is constitutionally mandated to hold regular elections to local government bodies after five years.(ii) Seats are reserved in the elected bodies and the executive heads of these institutions for the Scheduled Castes, Scheduled Tribes and OBCs.(iii) At least one-third of all positions are reserved for women. 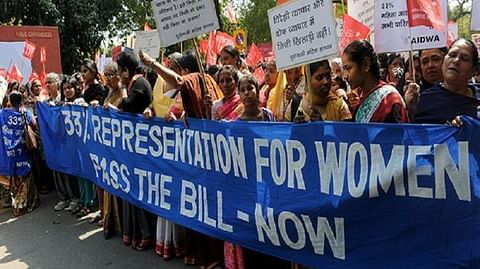 (iv) An independent institution called the State Election Commission has been created in each state to conduct panchayat and municipal elections.

Ques 4: Why does the exact balance of power between the central and the state governments vary from one federation to another ? Explain with two examples.

Ans: The exact balance of power between the central and the state governments varies from one federation to another. There are two kinds or two ways in which federations have been formed :

(i) The first example is where independent states come together on their own to form a bigger unit. They, by pooling sovereignty and retaining identity, can increase their security. This type of coming together federations include the USA, Switzerland and Australia. In this first category, all the constituent states usually have equal powers and are strong vis-a-vis the federal government.

(ii) The second category is where a large country decides to divide its powers between the constituent states and the national government. India, Spain and Belgium are examples of this kind of holding together federations. In this second category, the central government is more powerful vis-a-vis the states. Very often different constituted units of the federation have unequal powers. Some units may be granted special powers.Ques 5: Explain two achievements and two difficulties of Local Self Government in India.Ans:

Achievements(i) At the local level, it is possible for the people to directly participate in decision making. This helps to inculcate a habit of democratic participation. 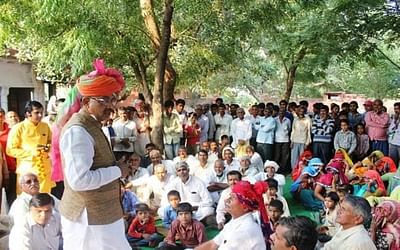 (ii) Constitutional states for local government has also increased women’s representation and voice in our democracy.

Difficulties(i) While elections are held regularly and enthusiastically, Gram Sabhas are not held regularly.(ii) Most state governments have not transferred significant powers to the local governments. They do not give adequate resources also to them.

Ques 6: Analyse the advantages of decentralisation.Ans:

(i) There are a large number of problems and issues which are best settled at the local level. People have better knowledge of problems in their localities.(ii) Local people have better ideas on where to spend money and how to manage things more efficiently.(iii) At the local level it is possible for the people to directly participate in decision making. This helps to inculcate a habit of democratic participation.(iv) Local government is the best way to realise one important principle of democracy, namely local self-government.Ques 7: “The creation of linguistic states was the first and major test for democratic politics in our country.” Justify this statement.Ans: In 1947, the boundaries of several old states of India were changed in order to create new states. This was done to ensure that people who spoke the same language lived in the same state. Some states were created to recognise differences based on culture, ethnicity or geography. 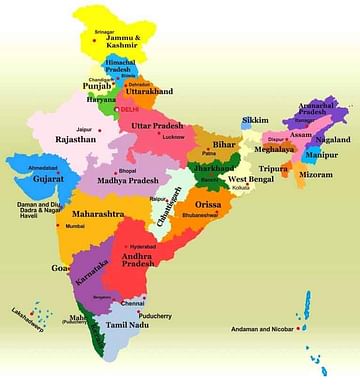 Linguistic Division of States in India

These include states like Nagaland, Uttarakhand and Jharkhand. Some national leaders feared that the formation of states on the basis of language would lead to the disintegration of the country. So the Central Government resisted linguistic states for some time. But the experiences have shown that the formation of linguistic states has actually made the country more united. It has also led to the much-needed administrative efficiency.

Ans: Some newly independent states come together on their own to form bigger unit, so that by pooling sovereignty and retaining identity they can increase their security. This type of ‘coming together federations’ included the USA, Switzerland and Australia. In such type of federation,m all the constituent states usually have equal power and are strong vis-a-vis the federal government.

In ‘holding together federation’ a large country decides to divide its power between the constituent states and the national government. India, Spain and Belgium are examples of this kind of ‘holding together’ federations. In such type of federation, the central government tends to be more powerful vis-a-vis the states. very often different constituent units of the federation have unequal powers. Some units are granted special powers such as Jammu and Kashmir in India.