Q1. What is the major reason for the non-perennial nature of the peninsular rivers?    [CBSE 2017]

These rivers are non-perennial because they are dependent on rainfall.

The common features of the Narmada and Tapi rivers are as mentioned below:

The three important features of the Mahanadi basin are: 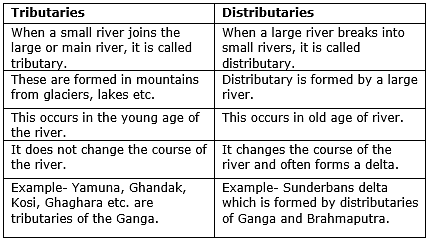 Q1. What are the factors for the formation of patterns within a drainage basin? Which are different types of patterns? Explain how do these patterns develop?     [CBSE 2017]

The main factors for the formation of drainage patterns are as given below :

Different types of patterns are dendritic, trellis, rectangular, and radial patterns.These patterns develop as mentioned below :