Q 2. If the mass of the Sun were ten times smaller and the universal gravitational constant were ten time larger in magnitude, which of the following is not correct ?   [2018]A: Raindrops will fall fasterB: Walking on the ground would become more difficultC: Time period of a simple pendulum on the Earth would decreaseD: 'g' on the Earth will not changeAns: DSolution:

Raindrops will fall faster, Walking on the ground would become more difficult. Time period of a simple pendulum on the earth would decrease. So answer is option 3

Q 7.  Kepler's third law states that square of period of revolution (T) of a planet around the sun, is proportional to third power of average distance r between sun and planet i.e. T2 = Kr3. here K is constant.
If the masses of sun and planet are M and m respectively then as per Newton?s law of gravitation force of attraction between them is F= GMm/r2 , here G is gravitational constant. The relation between G and K is described as :     [2015]
A: K=1/G
B: GK4π2
C: GMK=4π2
D: K=G
Ans: C
Solution: 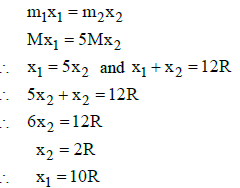 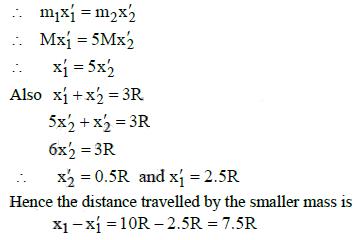 Q 9. Dependence of intensity of gravitational field (E) of earth with distance (r) from centre of earth is correctly represented by:    [2014]
A: