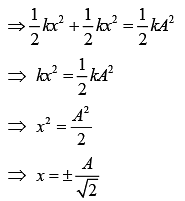 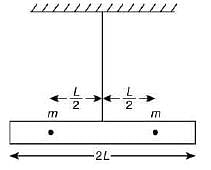 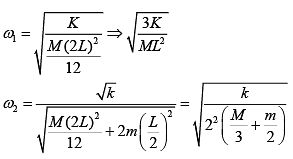 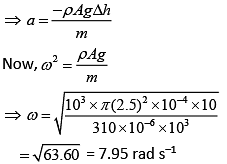 Q 4. A particle executes simple harmonic motion with an amplitude of 5 cm. When the particle is at 4 cm from the mean position, the magnitude of its velocity in SI units is equal to that of its acceleration. Then, its periodic time in seconds is    (2019)

Q 5. A particle undergoing simple harmonic motion has time dependent displacement given by 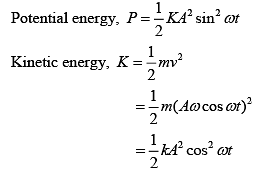 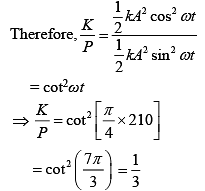 [Δg is due to oscillation of support]

So, the above equation becomes

Ans: (4)Solution:According to the relation of G gravitational constant and g acceleration due to gravity, we have 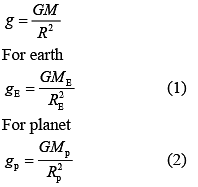 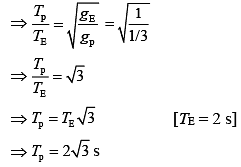 Q 10. Two light identical springs of spring constant k are attached horizontally at the two ends of a uniform horizontal rod AB of length l and mass m. The rod is pivoted at its center O and can rotate freely in horizontal plane. The other ends of the two springs are fixed to rigid supports as shown in figure. The rod is gently pushed through a small angle and released. The frequency of resulting oscillation is    (2019) 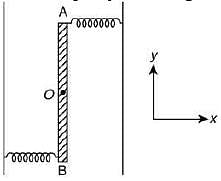 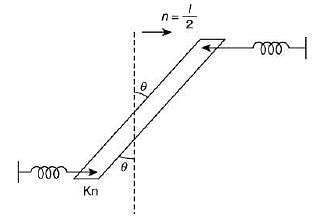 According the relation between Torque and Moment of Inertia

Q 11. A simple pendulum, made of a string of length l and a bob of mass m, is released from a small angle θ0. It strikes a block of mass M, kept on a horizontal surface at its lowest point of oscillations, elastically. It bounces back and goes up to an angle θ1. Then, M is given by    (2019)

Ans: (3)Solution:Let velocity of bob at B is u, which is released by conservation of energy at Point A and B 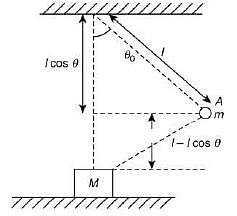 Let velocity of bob after the collision is v.

By conservation of energy at Point B and C 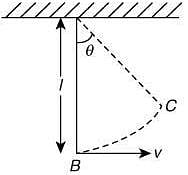 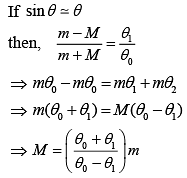 Q 16. A particle is executing simple harmonic motion with a time period T. At time t = 0, it is at its position of equilibrium. The kinetic energy-time graph of the particle will look like :    (2017)(1) 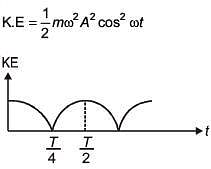 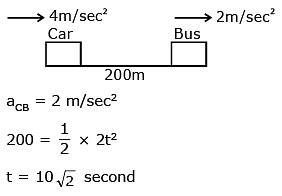 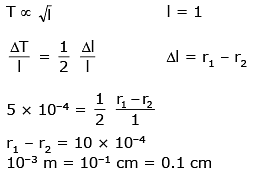 Q 22. A particle performs simple harmonic motion with amplitude A. Its speed is trebled at the instant that it is at a distance 2A/3 from equilibrium position. The new amplitude of the motion is:    (2016)(1)

The document Previous Year Questions (2016-20): Simple Harmonic Motion (Oscillations) | JEE Main Notes | Study Physics For JEE - JEE is a part of the JEE Course Physics For JEE.
All you need of JEE at this link: JEE
Join Course