Degrees of Freedom Associated with the concept of the lumped-mass approximation is the idea of the NUMBER OF DEGREES OF FREEDOM. This can be defined as “the number of independent co-ordinates required to specify the configuration of the system”. The word “independent” here implies that there is no fixed relationship between the coordinates, arising from geometric constraints.

Degrees of Freedom of Special Systems 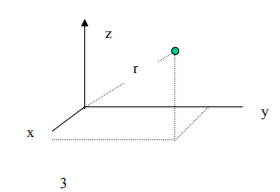 particle in free motion in space has 3 degrees of freedom This has 6 degrees of freedom 3 translation 3 rotation

e.g. for partials P1, P2 and P3 we have 3 x 3 = 9 co-ordinates but the distances between these particles are fixed – for a rigid body – thus there are 3 equations of constraint.

Formulation of the Equations of Motion 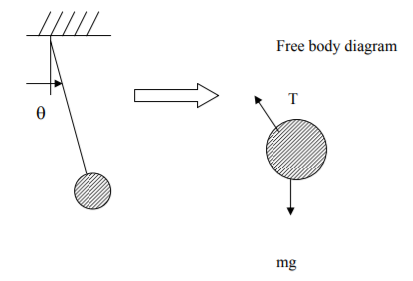 The work done by all the forces acting on a system, during a small virtual displacement is ZERO.

e.g. This is a one-degree of freedom system, only possible movement is a rotation.

By principle of Virtual Work

From Newton’s 2nd law of motion

) can be regarded as a force – we call it an inertial force, and denote it FI – thus

we can then write: