What is Experimental Probability?

Experimental probability is a probability which is determined on the basis of a series of experiments. A random experiment is done and is repeated many times to determine their likelihood and each repetition is known as a trial. The experiment is conducted to find the chance of an event to occur or not to occur. It can be tossing a coin, rolling a die, or rotating a spinner. In mathematical terms, the probability of an event is equal to the number of times an event occurred ÷ the total number of trials. For instance, you flip a coin 30 times and record whether you get a head or a tail. The experimental probability of obtaining a head is calculated as a fraction of the number of recorded heads and the total number of tosses. P(head) = Number of heads recorded ÷ 30 tosses.

Consider an experiment of rotating a spinner 50 times. The table given below shows the results of the experiment conducted. Let us find the experimental probability of spinning the color - blue. 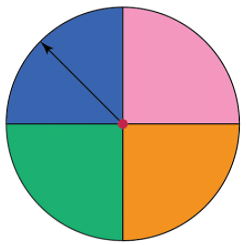 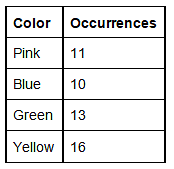 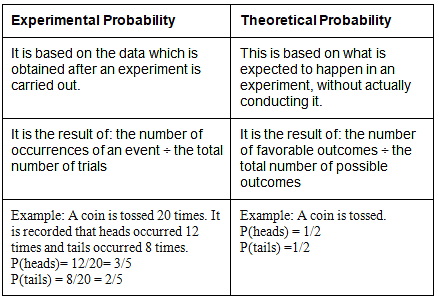 Here are a few examples from real life scenarios. 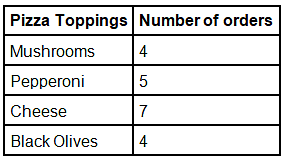 Based on this data, the reasonable estimate of the probability that the next type of toppings that would get ordered is not a pepperoni will be 15/20 = 3/4 = 75%