The document Projectile Motion Class 11 Notes | EduRev is a part of Class 11 category.
All you need of Class 11 at this link: Class 11

A projectile is a body thrown into uniform gravitational field of earth (i.e. , near earth surface) which follows a path determined entirely by the effects of acceleration due to gravity and air resistance. In this section we will neglect the effects of air resistance and will assume that the acceleration due to gravity is constant throughout the trajectory of projectile. 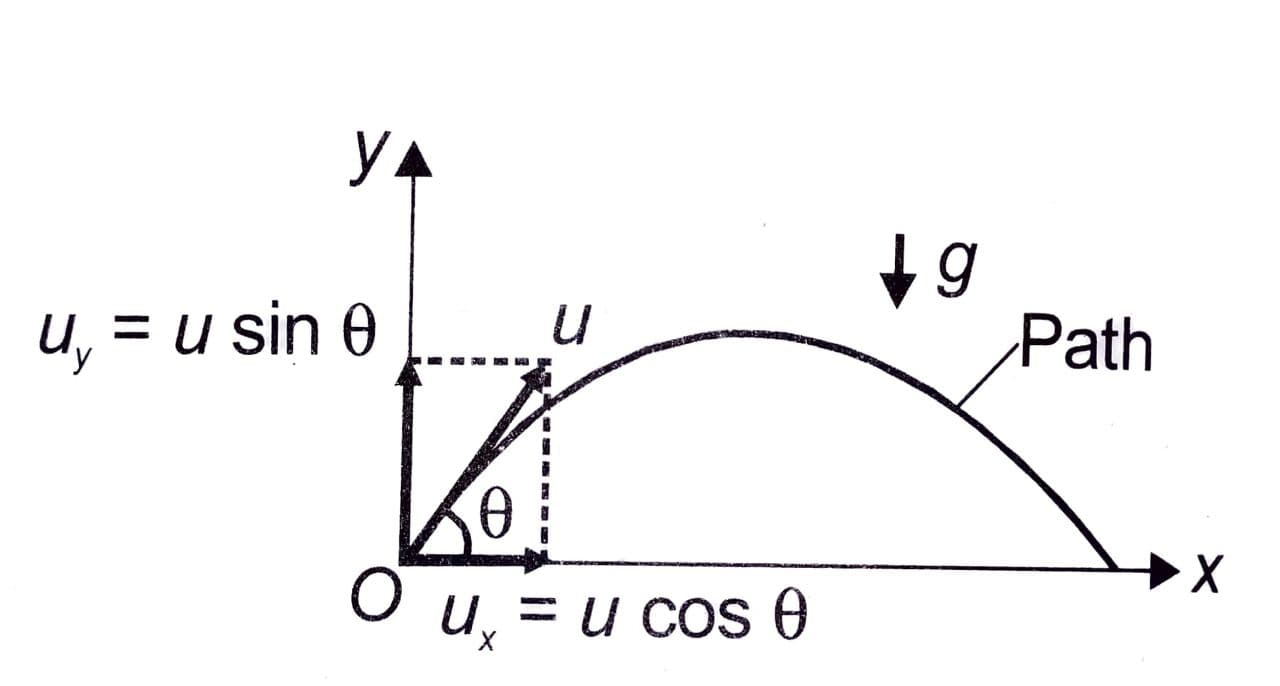 Although the motion is a uniformly accelerated motion but, it is easier to analyse the projectile motion as a combination of uniform motion in horizontal direction (ax = 0) and uniformly accelerated motion in vertical direction (ay = -g). Also the horizontal and vertical motions are independent of each other. i.e., neither motion affects the other.

If the projectile is thrown with speed u at an angle θ with horizontal, its initial horizontal velocity is ucosθ. Since ax = 0 , the velocity ucosθ in horizontal direction remains constant at all time instants. If the particle reaches point P in time t, its horizontal displacement x is given by 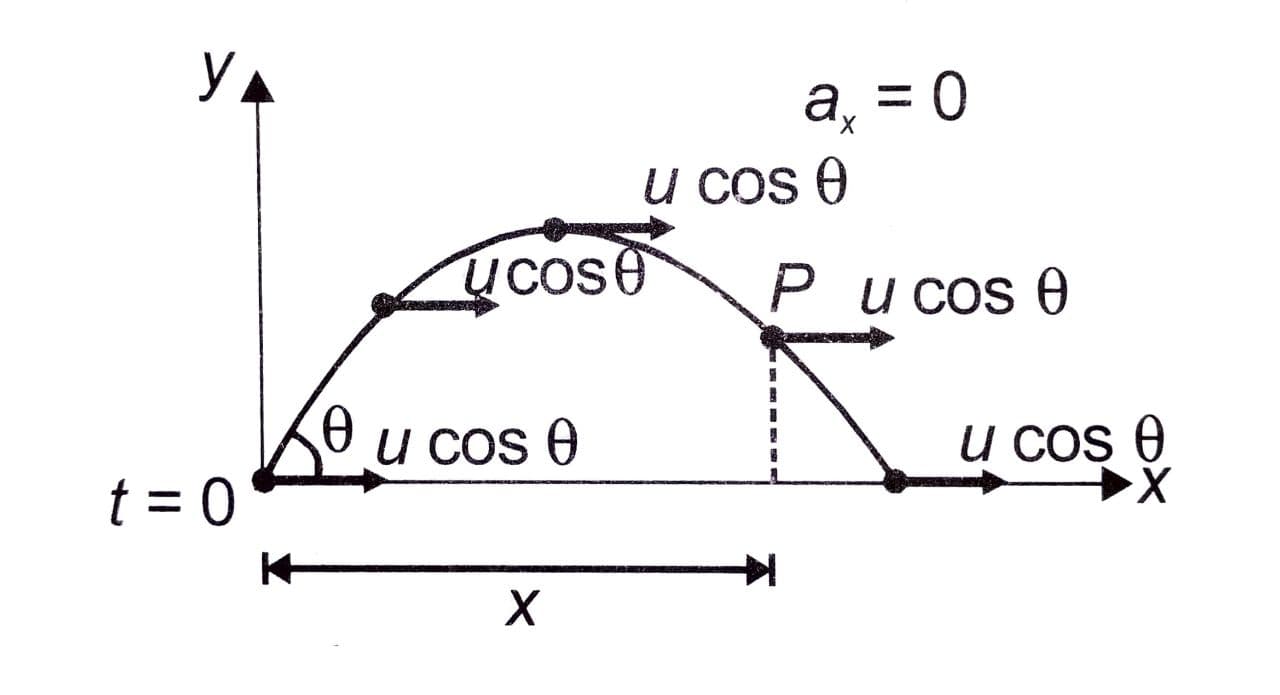 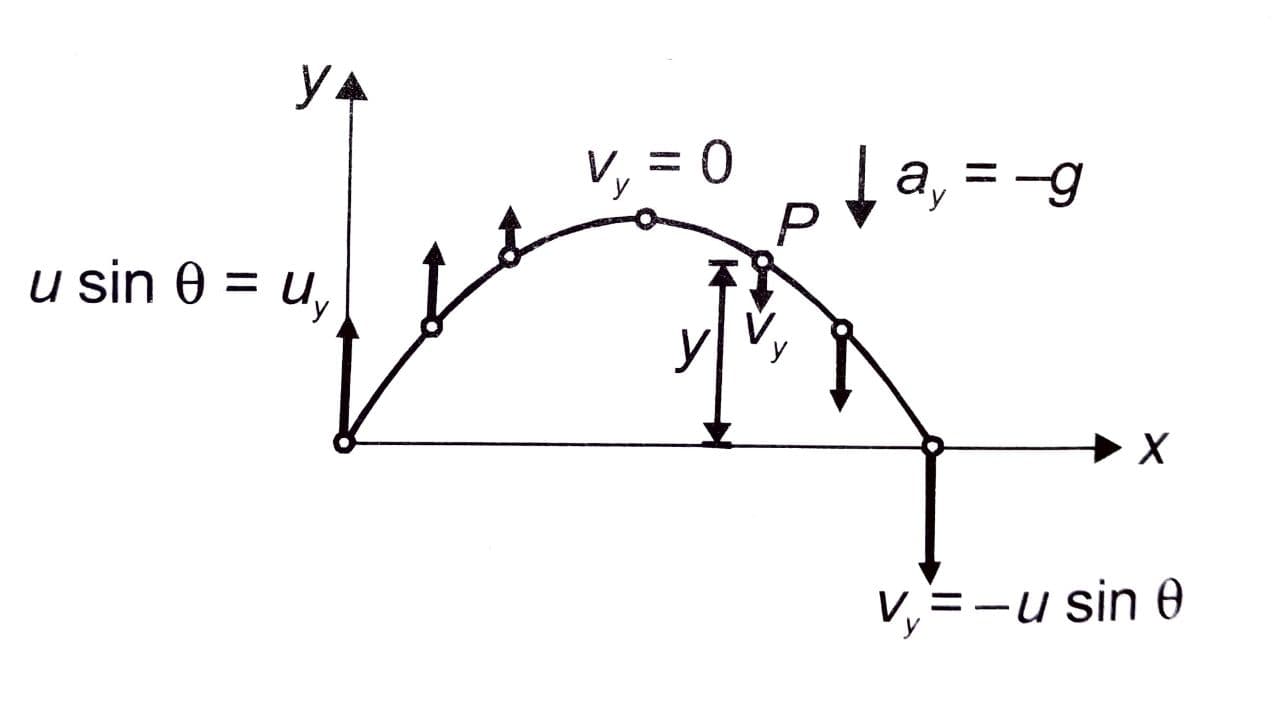 If x and y are the coordinates of particle after time t,

From the equation (i) by putting the value of t as a function of x, in equation (ii) we get,

The above equation is called the equation of trajectory. As the equation represents a parabola the trajectory (or the path) of a projectile is a parabola. Here u, θ, x and y are four variables. if any three quantities, as mentioned, are known then the fourth quantity can be solved directly.

Try yourself:A stone is thrown with a speed of 10 ms-1 at an angle of projection 60°. Find its height above the point of projection when it is at a horizontal distance of 3m from the thrower?
Explanation

Considering the equation of trajectory,