1. Nominative : Used as a subject in the sentence.

2. Objective : Used as an object in the sentence on which work is going on. 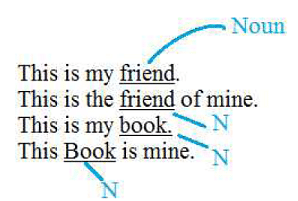 Difference Between ' your ' and ' yours ' 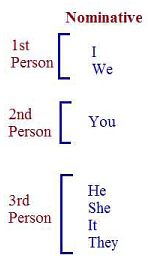 Rule 1: After Preposition we have to use objective pronoun.

' me ' is worked as object on which work is going on , so it always used as a object , is a objective noun and used after preposition.

Objective pronoun is used after ' Let '

When there is any comparison between two , then nominative pronoun is used.

fast is a positive degree of adjective proceed and followed by 'as' so this phrase work as comparison so , nominative case applied.

Verbs which requires object after them, those are known as transitive verb.

[Here fly is not a transitive verb]

Some verb which act as transitive verbs

We use a reflexive pronoun as object or complement when it refers to the same thing as the subject. The pronouns which are used with transitive verb as a object are known as reflexive pronoun.

[ here , absent is not work as transitive verb , it is used as adjective so reflexive pronoun is not used here]

He prostrated himself before his master , who had come from London after a year.

The officer as well as the assistants absented themselves from the office.[Correct ; himself]

[In the sentence there is ' as well as ' used with which verb is changed to 1st noun or pronoun and here officer , so 'themselves' is changed himself.

Transitive verb does not use reflexive pronoun.

Verb which does not require object.