Radioactive decay (also known as nuclear decay or radioactivity) is the process by which an unstable atomic nucleus loses energy (in terms of mass in its rest frame) by emitting radiation. 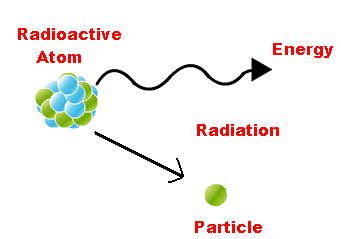 The atomic nuclei of radioactive elements can disintegrate any moment. During disintegration, atoms of new elements having different physical and chemical properties are formed, called daughter elements. 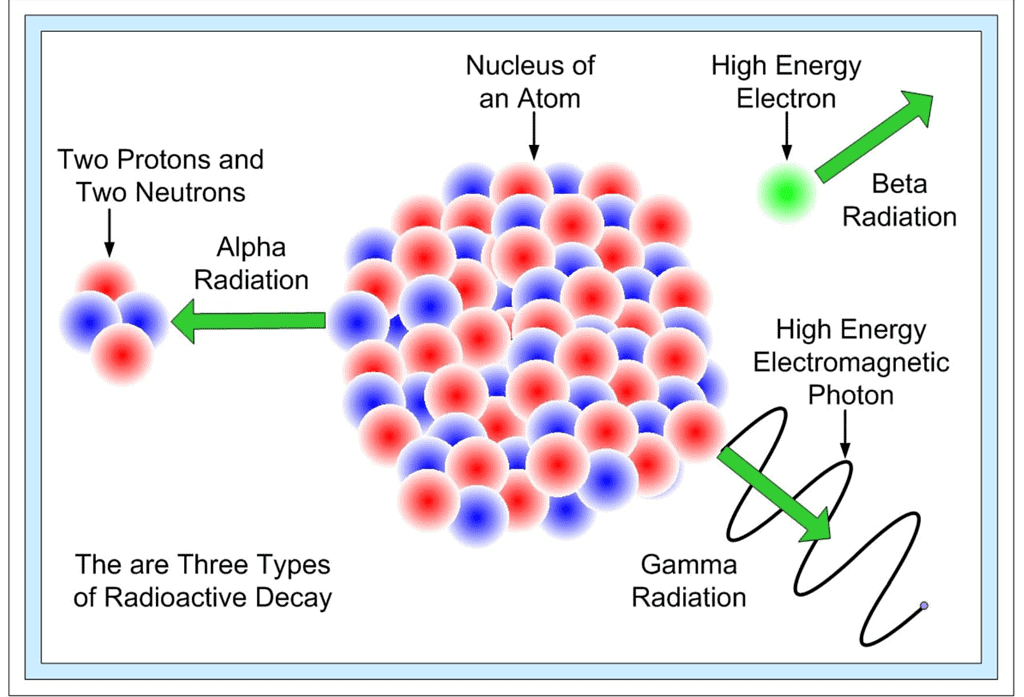 Disintegration occurs by the following processes:

When an α-particle  (4/2  He) is emitted from the nucleus of parent element, the new element formed called the daughter element, possess atomic mass less by 4 unit & atomic number less by 2 units.

When β-particle is emitted from parent element thus formed daughter elements possess possesses same atomic mass but atomic no. is increased by 1 unit.

∴ daughter elements formed by the β-particle emission is an isobar of parent element.

If in a radioactive transformation α & β both are emitted then atomic mass & atomic number changes accordingly & produces an isotope of the parent element.

The law of radioactive decay states that at any instant the rate of radioactive disintegration is directly proportional to the number of nuclei present in it, at that instance of time.

The result of α-and β-particle changes can be summed up in the form of group-displacement law. “In an α -particle change the resulting element has an atomic weightless by four units and atomic number less by two units and it falls in a group of the periodic table two columns to the left of the original element, and in a β-particle change the resulting element has same atomic weight but its atomic number is increased by one than its parent and hence it lies one column to right."

According to the law of radioactive decay, the quantity of a radioelement that disappears in unit time (rate of disintegration) is directly proportional to the amount present.

Determination of the number of α-and β-particles emitted in a nuclear reaction:

Solve for a and b

Where a is the number of1He 4 emitted and b is the of-1β 0 emitted.

1. It is characteristic of a nuclide (not of an element)

3. Its value is always less than one.

1. Rate of decay (activity, A) is the number of atoms undergoing decay to unit time; it is represented by

2. Rate of decay of a nuclide is directly proportional to the number of atoms of that nuclide present at that moment, hence.

(the negative sign shows that the number of radioactive atoms, Nt decreases as time t increases)

3. Rate of decay of nuclide is independent of temperature, so its energy of activation is zero.

5. Various forms of equation for radioactive decay are 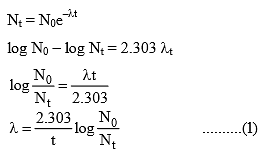 Where N0 = Initial number of atoms of the gives nuclide, i.e. at time 0

However, unlike first-order rate constant (K), the decay constant (λ) is independent of temperature.