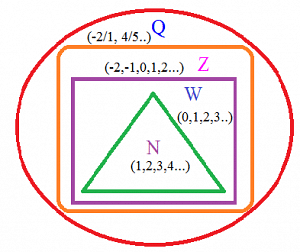 Example: Represent 2/3 on a number line.Solution: 2/3 is a positive rational number, and it is known that 2/3 is less than 1 and greater than 0. Therefore, 2/3 lies between 0 and 1 on the number line.Here, the denominator is 3 so we will divide each unit length into 3 subunits between 0 and 1.

By magnifying the numbers between two other numbers on the number line, we can represent the decimal expansion of rational numbers easily.