We need specific terms and concepts to understand our divergent views about how and why society exists. 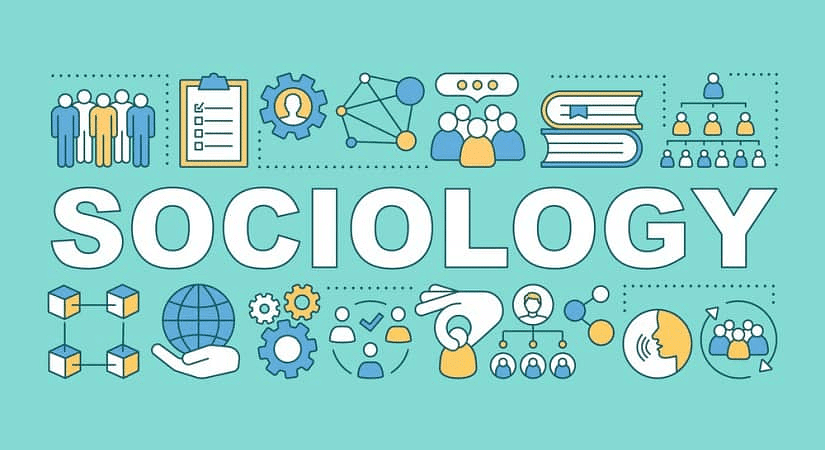 Social group refers to a collection of continuously interacting persons who share common interest; cultures, values, and norms within a given society. 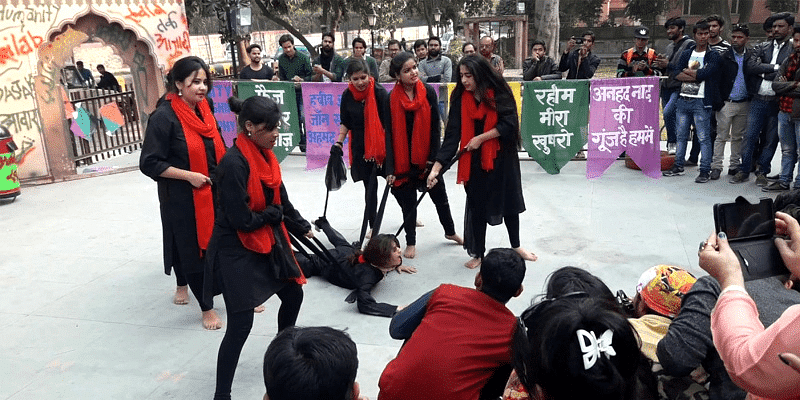 A group of theatre artists is a social group.

Individuals are a part of collective bodies like the family, tribe, caste, class, clan, and nation.

A quasi group can be defined as an aggregate or combination, which lacks structure or organisation, and whose members may be unaware, or less aware, of the existence of groupings. 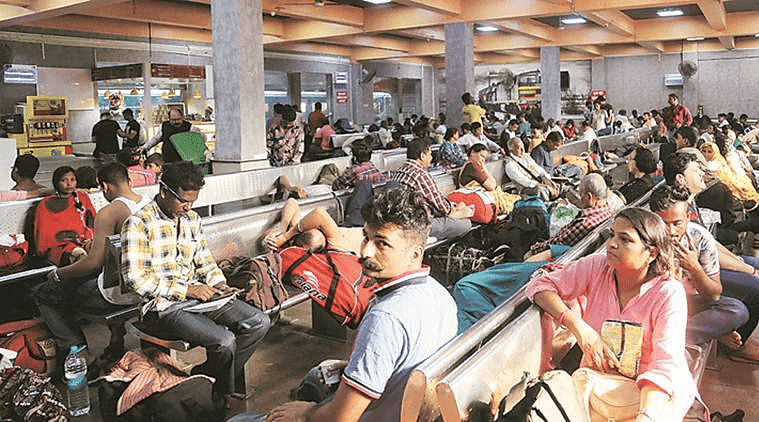 Passengers waiting at a railway station is a quasi group.

Question for Revision Notes (Part - 1) - Terms, Concepts and their Use in Sociology
Try yourself:Social classes, status groups, age and gender groups, and crowds are the examples of
Explanation

A quasi group is an aggregate or combination, which lacks structure or organisation, and whose members may be unaware, or less aware, of the existence of groupings. Social classes, status groups, age and gender groups, crowds can be seen as examples of quasi groups.

Different sociologists have classified social groups differently. In their classifications, they take different criteria into account.

2. In Group and Out Group

3. Community and Society or Association

There always exists a group that acts as a model for the individual or any group.

Social stratification can thus be defined as the existence of structured inequalities between groups in society, in terms of their access to material or symbolic rewards. Ogburn and Nimkoff define social stratification as “The process by which individuals and groups are ranked in a more or less enduring hierarchy of status is known as stratification”. 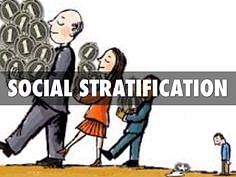 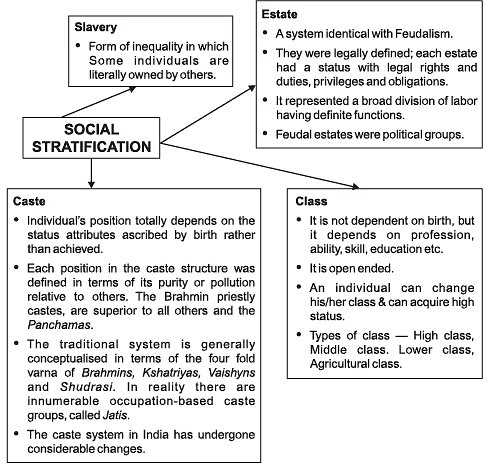 Slavery is the extreme form of inequality in which some individuals are literarily owned by others. The Greeks and Romans kept slaves as soldiers, servants, labourers, and even civil servants. The Romans captured slaves from present-day Britain, France and Germany. Slave armies were kept by the Ottomans and Egyptians. As formal institution slavery has at present been eradicated. However, there are still instances of its existence found in numerous forms in any corners of the world. 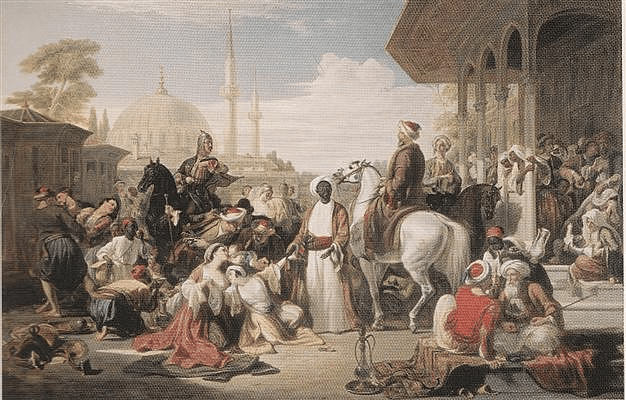 Caste As A System Of Stratification

1. Your social position is determined by the caste you are born in. You cannot change your caste.

2. Caste dictates the type of work an individual can do and doesn’t allow occupational mobility.

3. Caste endogamy is practiced with regard to marriages. An individual can marry only within his/her own caste.

5. There is a restriction in terms of food and food sharing.

Class As A System Of Stratification

Class system is different from the other forms of stratification in four main aspects.

1. The boundaries between class groups is not as clear cut as in the caste system.

2. Class status can be achieved and is not ascribed.

3. The class stratification is mainly based on inequalities with regard to possession of economic resources.

4. The process of inequality operates through large scale impersonal association of the members.

Question for Revision Notes (Part - 1) - Terms, Concepts and their Use in Sociology
Try yourself:The behaviors, obligations, and privileges attached to social status is known as
Explanation

The behaviors, obligations, and privileges attached to social status are known as Social Roles.

When you have social status, it is expected of you to behave in a certain way, showing the proper characteristics that are identified by your status. You have to show the kind of obligations, and privileges associated with your status to show other people that "you belong." People set expectations that you have to fulfill in order to represent or be part of that social status.

When there is incompatibility among roles corresponding to multiple statuses, it is referred to as role conflict. It occurs when contrary expectations arise from two or more roles to be performed.

Social control refers to the various means used by a society to bring its recalcitrant or unruly members back into line.

Means Of Social ControlSocial control may be informal or formal.

In every society there is another type of social control that is known as informal social control. It is personal, unofficial and uncodified. They include smiles, making faces, body language, frowns, criticism, ridicule, laughter etc. There can be great variations in their use within the same society. In day- to-day life they are quite effective. However, in some cases informal methods of social control may not be adequate in enforcing conformity or obedience. There are various agencies of informal social control such as family, religion, kinship, etc.

Solved Questions For You

Q.1. Why do we need to use special terms and concepts in sociology?

Answer:  We need to use special terms and concepts in sociology to understand society better. In sociology, there are different ways of understanding society. For example, Max Weber gave importance to individuals for the existence of society whereas Emile Durkheim laid emphasis on society as a whole.

For Karl Marx, the key concepts were class and conflict to understand society whereas, for Emile Durkheim, social solidarity and collective conscience were important.

There are different kinds of individuals and groups in society that lead to different concepts and ideas. Therefore, we need special terms and concepts in sociology to differentiate them from our common sense knowledge of society.

An individual studies the society on the basis of his/her own common sense, which is often within a limited range, while sociology provides specific concepts and terms to study the structure, phenomenon, and functions of the society in a scientific way.

Q.2. What have you observed about the stratification system existing in your society? How are individual lives affected by stratification?

Answer: Social stratification refers to the existence of structured inequalities between groups in a society, in terms of their access to materials or symbolic rewards. Historically, there have been four basic systems of stratification- slavery, caste, estate, and class.

The life of the individuals is affected by stratification because people are placed in higher or lower strata. The lower strata is devoid of certain symbolic rewards and material advantages which improve the quality of the life of the recipient such as wealth, income, health, security in a job, etc. On the other hand, the higher strata enjoys all the benefits of the society. These material benefits or privileged position are also passed on to the future generations of the higher strata.