Chemical Properties of Phenolsa) Formation of EstersPhenyl esters (RCOOAr) are not formed directly from RCOOH. Instead, acid chlorides or  anhydrides are reacted with ArOH in the presence of strong base e) Electrophilic Substitution The —OH and even more so the —O(phenoxide) are strongly activating ortho ,para - directing 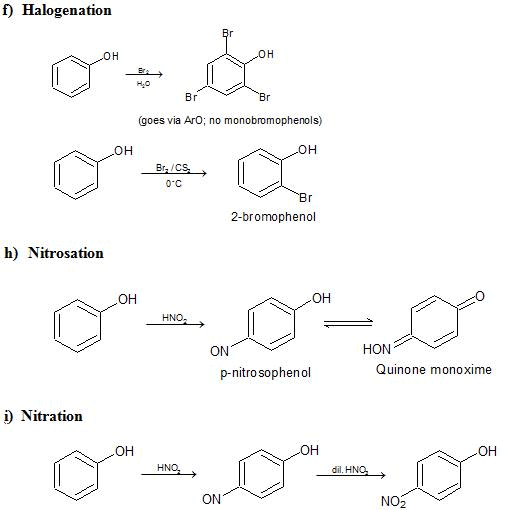 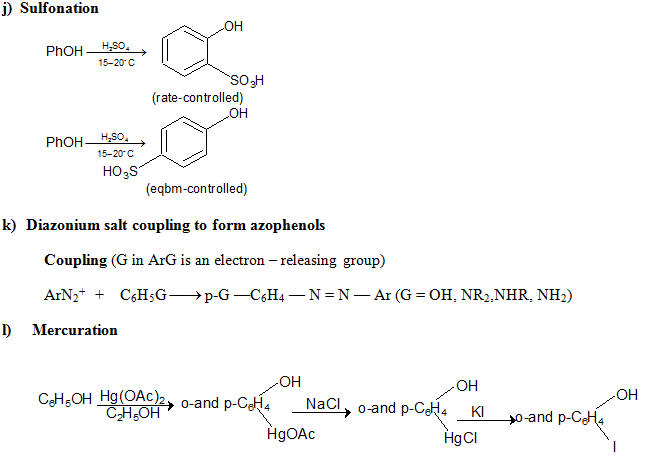 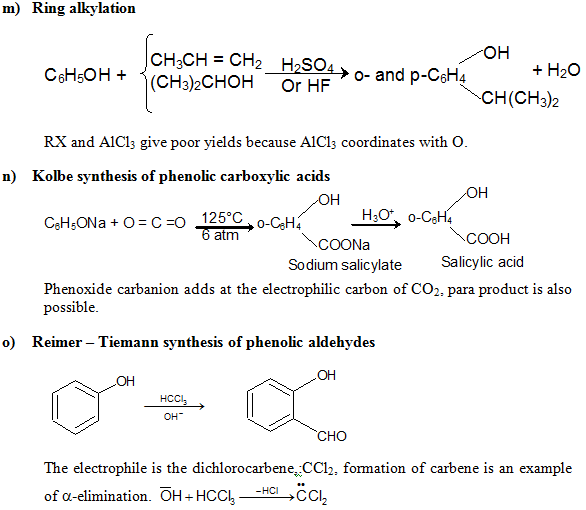 Preparation of Ethers:a) From alcohols:

e) On standing in contact with air, most aliphatic ethers are converted slowly into unstable peroxides. The presence of peroxides is indicated by formation of a red colour when the ether is shaken with an aqueous solution of ferrous ammonium sulfate and potassium thiocyanate (i) Reaction with acid chlorides and anhydrides: Epoxides or Oxiranes:Preparation(a)  Oxidation of ethylene: