Aldehyde and  KetonesPreparation of Aldehydes a. Oxidation of primary alcohols 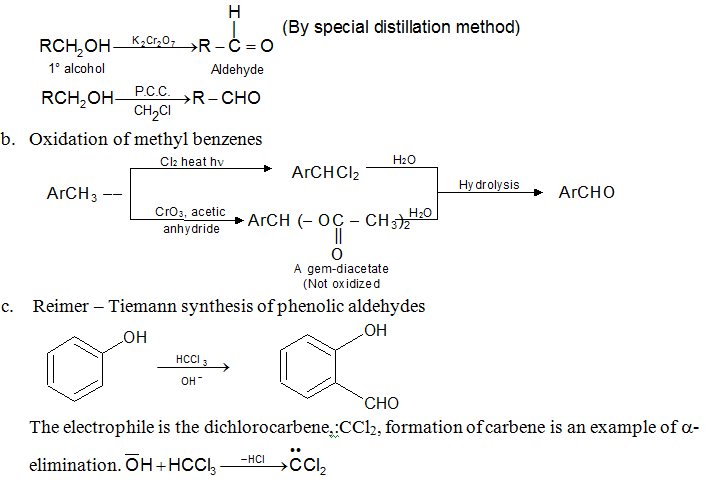 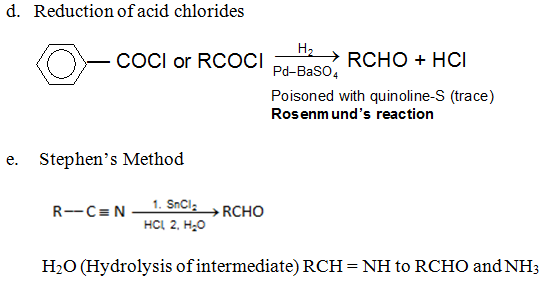 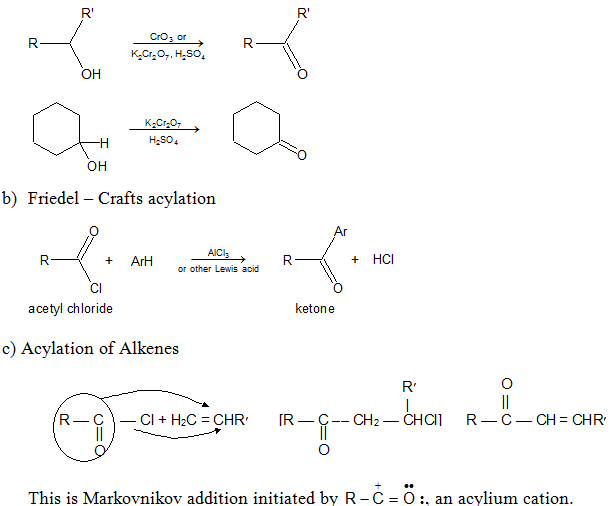 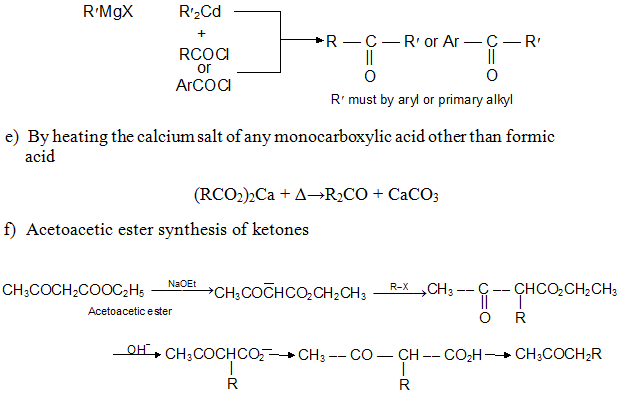 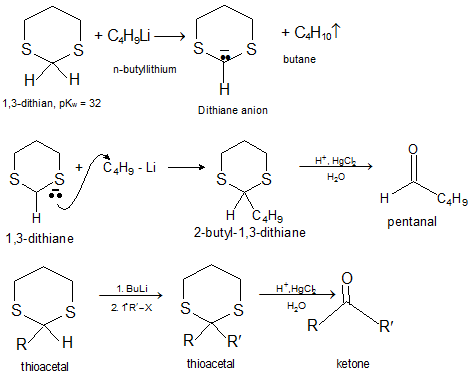 (b) Cannizzaro reaction:Aldehydes and ketones having  no alpha hydrogen atom:

When two carbonyl groups are present within a molecule, think of intramolecular reaction.OH- will attack more positively charged carbon. In this case, it is right  >c=0 group.

(c) Formation of Keto EstersEsters having a-hydrogen on treatment with a strong base e.g. C2H5ONa. Undergo self condensation to produce b-keto esters. This reaction is Claisen Condensation.

(d) Reformatsky ReactionThis is the reaction of a-haloester, usually an a-bromoester with an aldehyde or ketone in the presence of Zinc metal to produce b-hydroxyester.

(e) Pinacol-pinacolone RearrangementThe acid catalysed rearrangement of 1,2 diols (Vicinal diols) to aldehydes or ketones with the elimination of water is known as pinacol pinacolone rearrangement.

(a) Wittig-Ylide ReactionAldehydes and Ketones react with phosphorus Ylides to yield alkenes and triphenylphosphine oxide. An Ylide is a neutral molecule having a negative carbon adjacent to a positive hetero atom. Phosphorus ylides are also called phosphoranes.(b) Preparation of Ylides

(c) Reaction of Ylide with >C=O 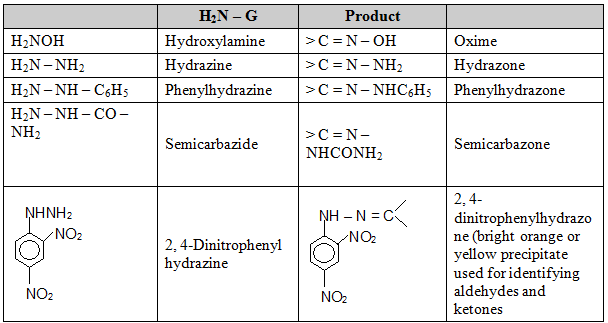 In H3O+, RCHO is regenerated because acetals undergo acid catalyzed cleavage much more easily than do ethers. Since acetals are stable in neutral or basic media, they are used to protect the – CH = O group. 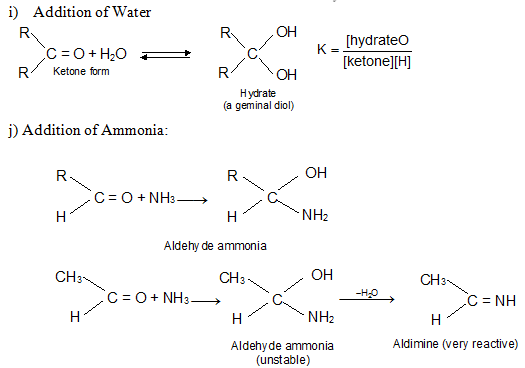 Oxidation of Aldehydes and Ketones

d)   Haloform ReactionCH3COR   are readily oxidised by NaOI (NaOH + I2) to iodoform, CHI3, and RCO2NaExample:

a)  Reduction to alcohols 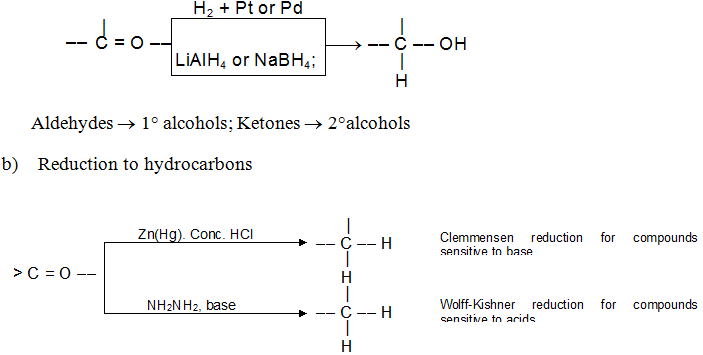 Methods of Preparations of Carboxylic Acidsa. Oxidation of Aldehydes & Ketones 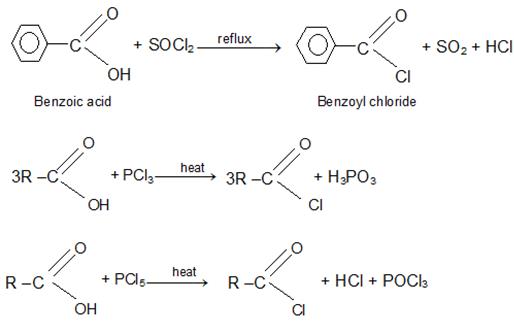 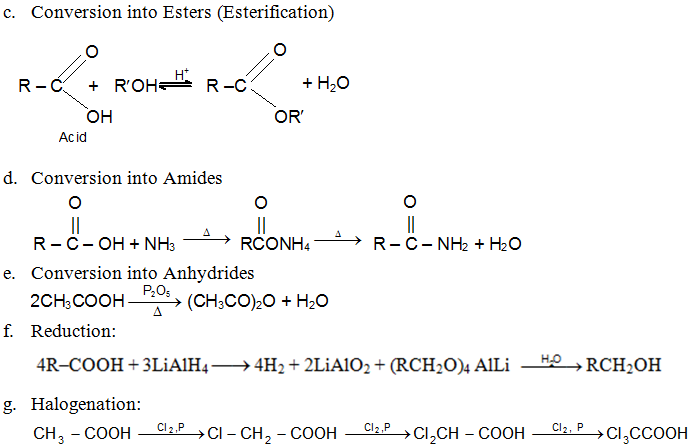 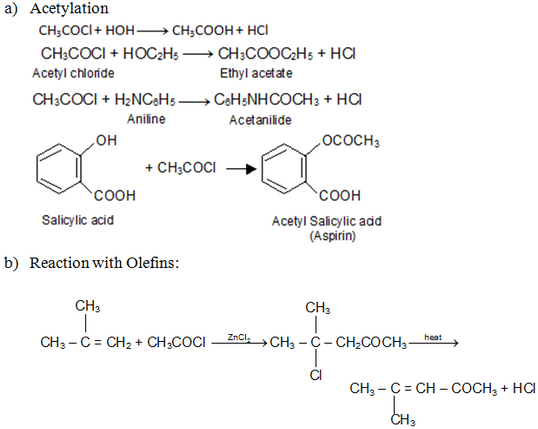 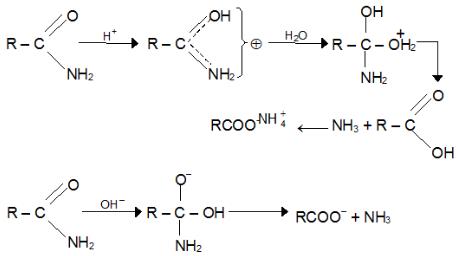 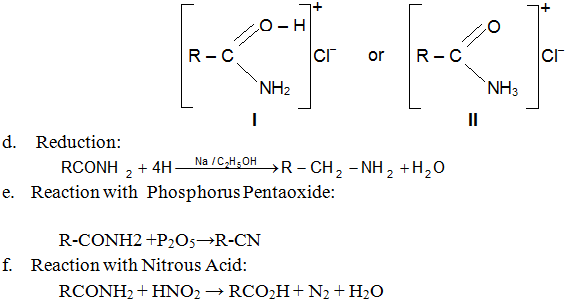