All elements are consists of very small invisible particles, called atoms. Atoms of same element are exactly same and atoms of different element are different.

Every atom is uniformly positive charged sphere of radius of the order of 10-10 m, in which entire mass is uniformly distributed and negative charged electrons are embedded randomly. The atom as a whole is neutral. 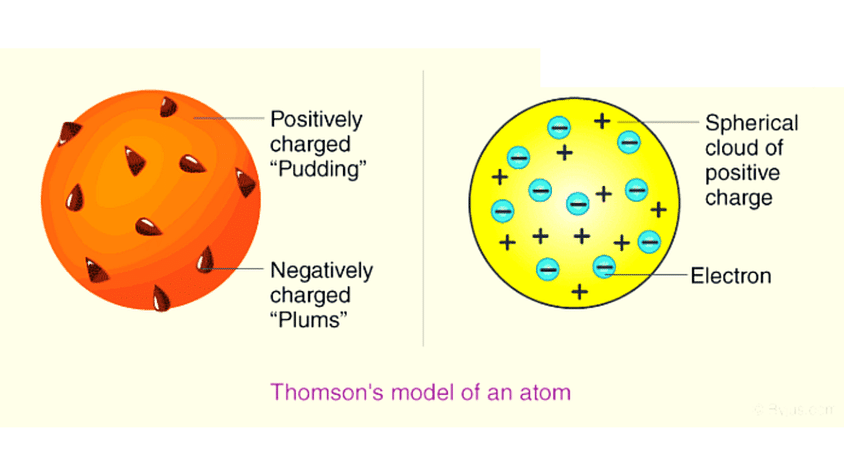 Rutherford’s Atomic Model On the basis of this experiment, Rutherford made following observations(i) The entire positive charge and almost entire mass of the atom is concentrated at its centre in a very tiny region of the order of 10-15 m, called nucleus.(ii) The negatively charged electrons revolve around the nucleus in different orbits.(iii) The total positive charge of the nucleus is equal to the total negative charge on electron. Therefore atom as a overall is neutral.(iv) The centripetal force required by electron for revolution is provided by the electrostatic force of attraction between the electrons and the nucleus. 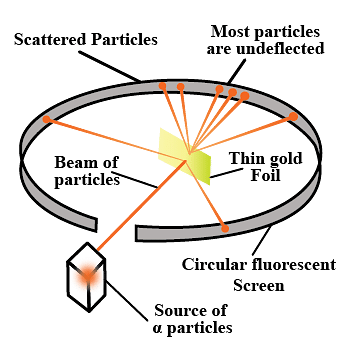 When the alpha-particle reaches to the closest distance to the nucleus, it will come to rest and its initial kinetic energy will be completely transformed into potential energy. The distance of closest approach is given as follows:

where, Z = atomic number of the nucleus, Ek = kinetic energy of the c-particle and θ = angle of scattering.

(i) About the Stability of Atom According to Maxwell’s electromagnetic wave theory electron should emit energy in the form of electromagnetic wave during its orbital motion. Therefore. radius of orbit of electron will decrease gradually and ultimately it will fall in the nucleus.(ii) About the Line Spectrum Rutherford atomic model cannot explain atomic line spectrum. 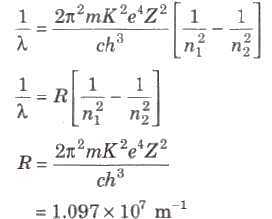 In quantum mechanics, the energies of a system are discrete or quantized. The energy of a particle of mass m is confined to a box of length L can have discrete values of energy given by the relationEn = n2 h2 / 8mL2 ; n < 1, 2, 3,…

Each element emits a spectrum of radiation, which is characteristic of the element itself. The spectrum consists of a set of isolated parallel lines and is called the line spectrum. 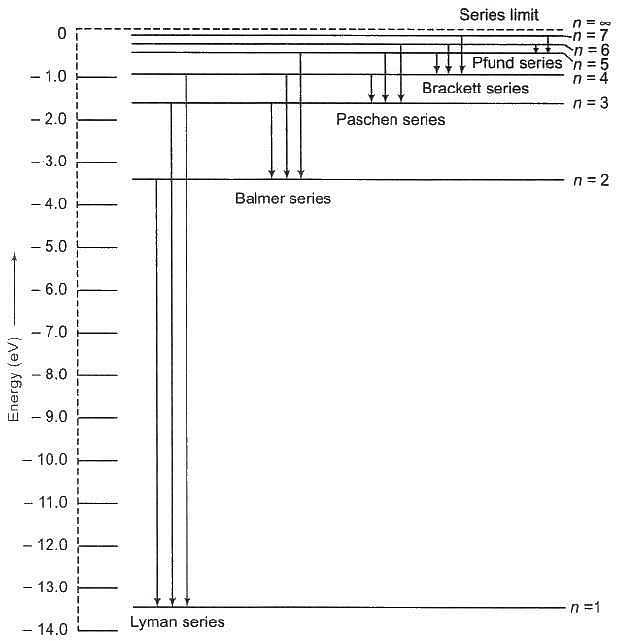