India extends from Kashmir in the north to Kanniyakumari in the south and Arunachal Pradesh in the east to Gujarat in the west. 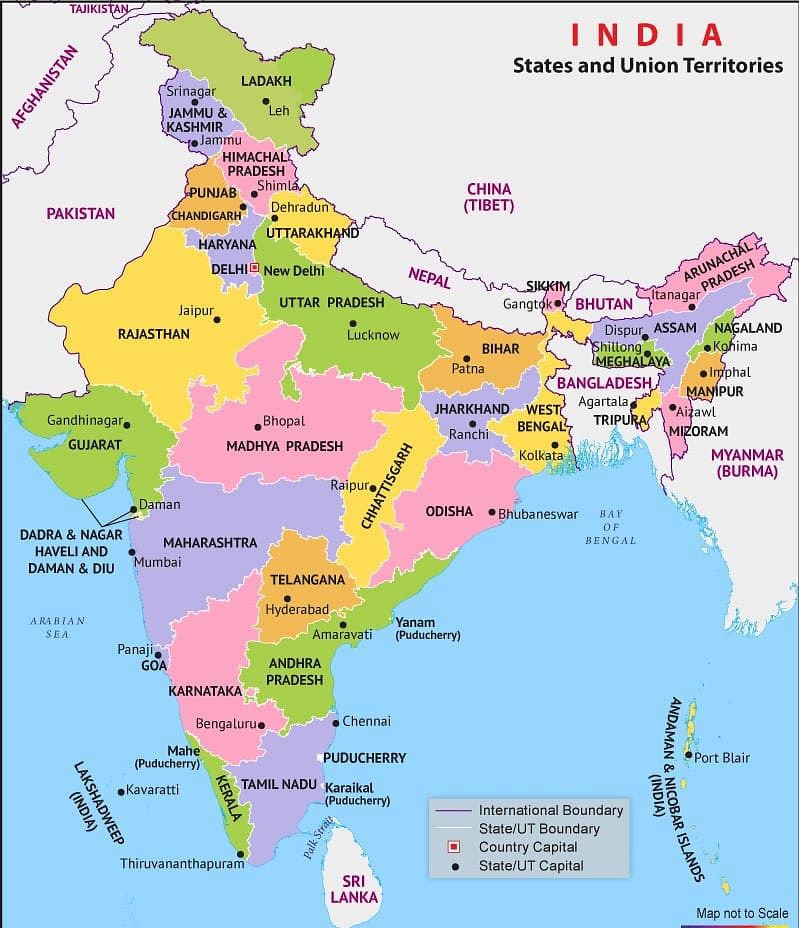 Q. Name a few places in India through which the standard meridian passes?

India with its area of 3.28 million sq. km accounts for 2.4 percent of the world’s land surface area and stands as the seventh-largest country in the world.

Try yourself:Which one of the following countries is larger in area than India?
Explanation

India And Its Neighbours 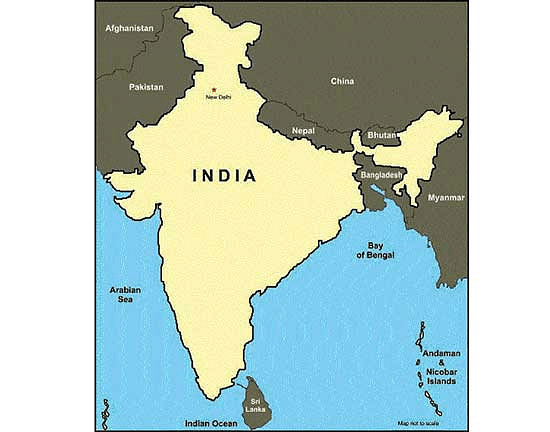 The Palk Strait is a strait between the Tamil Nadu state of India and the Jaffna District of the Northern Province of the island nation of Sri Lanka. 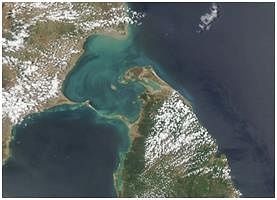 Q.1. What is the location of India?

Q.2. What is the difference between local time and standard time?

Ans: Local time of a place is the time of its meridian. All places on a meridian have same local time. Each place has its own local time. The place in the east is ahead of the west in time.

Standard time is the time of the central meridian of an area. All places have a uniform time. It has no relation to the moon or the height of the sun. There is no change in time. So it is known as standard time.

Q.3. How the central position of India is beneficial to us? Explain it.

This position is beneficial to us in many ways:

Q.4. Describe the changing pattern of human activities in India.

(a) The Negritos represented the food gatherer of the stone age. They had led their life completely on nature. They are still surviving in Andaman and Nicobar Islands.

(b) The Dravidian presented the farmer. They came from the Mediterranean lands. They started agriculture and led a settled life. They tilled their land with ordinary instruments and produced various crops. They loved their motherland.

(c) The Aryans represented the artisans and handcraftsmen. They started cottage industries. They were more civilized people and knew the art of iron smelting. They made canals from the rivers. They developed cities on the lands of Ganga and Yamuna. They prepared the multicolored cloth from the silk threads.

Q.5. What are the three major physical divisions of India? Describe one of them in detail:

The plains consist of the two river basins – Indus and the Ganga- Brahmaputra basins. The Indus and its tributaries The Jhelum, The Chenab, The Ravi, The Beas, and the Sutlej flow into The Arabian sea through Pakistan.

The Ganga, Brahmaputra, and their tributaries flow into the Bay of Bengal. Indus and Brahmaputra originated beyond the Himalayas.

The entire plain region is very fertile and the major occupation of the people is agriculture. A large number of industries come up in the region. This region has a dense network of transport. This region is densely populated.