Three revolutions paved the way for the emergence of sociology:

(i) The first was the systematic application of science and technology to industrial production.(ii) Secondly, it also evolved new ways of organising labour and markets on a scale largerthan anything in the past.

Social changes due to Industrial Revolution:

Concept of alienation given by Karl Marx

Alienation is a process in a capitalist society by which human beings are separated and distanced from(a) nature;(b) other human beings;(c) their work and its products; and(d) their own nature or self.

‘Social Solidarity’as given by Emile Durkheim:-

Difference between repressive and restitutive law given by Emile Durkheim:-

(i) Functioning of Officials:- Officials have fixed areas of ‘official jurisdiction ’ governed by rules, laws and administrative regulations.(ii) Hierarchical Ordering of Positions:- Authority and office are placed on a graded hierarchy where the higher officials supervise the lower ones.(iii) Reliance on Written Document:- The management of a bureaucratic organisation is carried out on the basis of written documents (the files) which are preserved as records.(iv) Office Management:- As office management is a specialised and modern activity it requires trained and skilled personnel to conduct operations. (v) Conduct in Office:- Official’s conduct in office is governed by exhaustive rules and regulations.

Concept of social fact as given by Emile Durkheim

(i) For Durkheim, society is a social fact which existed as a moral community over and above the individual.(ii) Social facts are the norms, rules and regulations of the society which are aspects of social reality and exert pressure on individual's behavior to conform to the norms of the groups.(iii) For him, moral code determines behavior pattern of an individual. He stresses on the collective representations which reflect collective morals, values, beliefs, traditions etc.(iv) These social facts are general throughout the society and are collectively followed by everyone.

Weber’s ‘ideal type’—(i) is a methodological tool.(ii) is a logically consistent model of a social phenomenon that highlights its most significant characteristics.(iii) is not meant to be an exact reproduction of reality.(iv) exaggerate some features of phenomenon that are considered to be analytically important, and ignore or downplay others.(v) should correspond to reality in a board sense, but its main job is to assist analysis by bringing out important features and connections of the social phenomenon being studied.(vi) helpful for analysis and understanding but for how accurate or detailed a description it can provide.

Examples—1. The ideal type was used by Weber to analyse the relationship between the ethics o f ‘world religions’ and the rationalisation of the social world in different civilisations. It was in this context that Weber suggested that ethics of certain Protestant sects within Christianity had a deep influence on the development of capitalism in Europe.2. Weber again used the ideal type of illustrate the three types of authority that the he defined as traditional, charismatic and rationallegal. 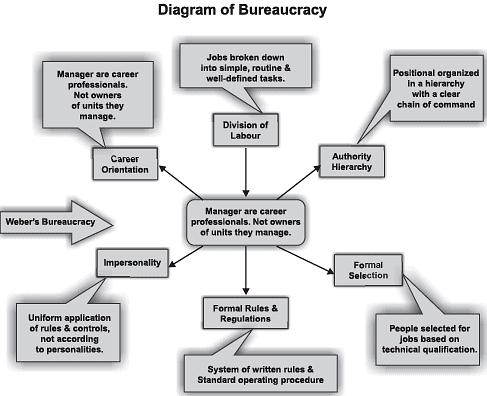