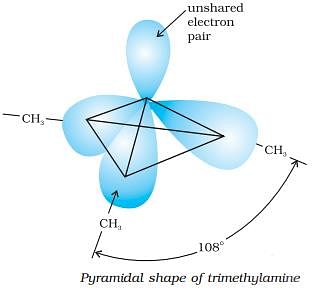 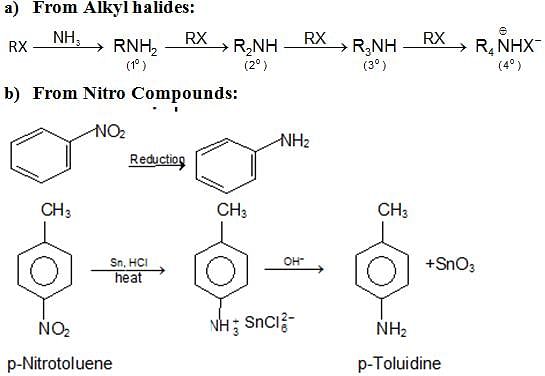 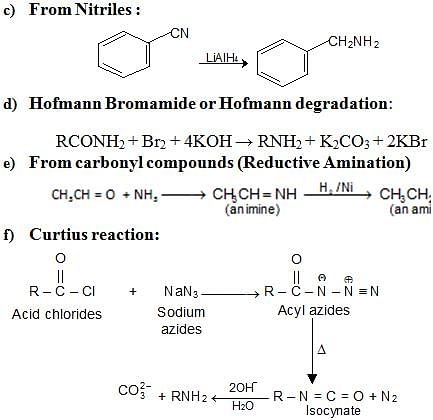 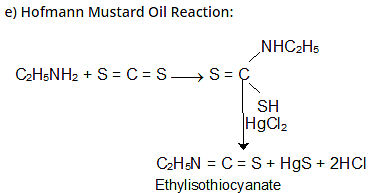 f) Reaction with Carbonyl Chloride: C2H5 – NH2 + COCl2 → C2H5NCO + 2HClg) Hofmann Elimination: When a quaternary ammonium hydroxide is heated strongly (125° or higher) it decomposes to yield water, a tertiary amine and an alkene

h) The diazonium salts of amines:

i) Reaction of Tertiary amines with Nitrous acid:When a tertiary aliphatic amine is mixed with nitrous acid, an equilibrium is established among the tertiary amine, its salt, and an N-Nitrosoammonium compound.

Such compounds are not much stable so the group X migrates mainly at p-position. 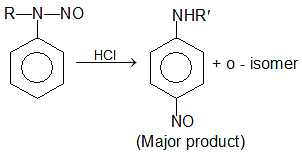 Tertiary amine : Tertiary amines do not react with Hinsberg’s reagent.b) Hofmann’s Method:The mixture of amines is treated with diethyloxalate, which forms a solid oxamide with primary amine, a liquid oxime ester with secondary amine. The tertiary amine does not react. 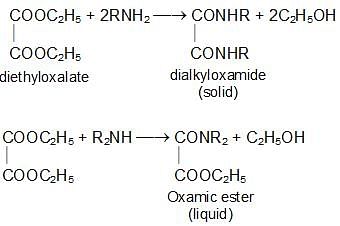 Test for AminesPrimary amine is treated with a strong base in presence in chloroform, an isocyanide is formed and this isocyanide thus formed has a very foul smell.

Secondary amine is converted into nitrosoamine by treating the amine with nitrous acid. The resultant solutions warmed with phenol and concentrated H2SO4, a brown or red colour is formed at first soon it changes to blue and then to green. The colour changes to red on dilution and further changes to greenish blue on treating with alkali.Tertiary arylamines react with nitrous acid to form o-nitroso aromatic compound.