Aptitude indicates an individual’s capacity to acquire some specific knowledge or skill after training.

(i) People with similar intelligence differed widely in acquiring certain knowledge or skills, called aptitudes.(ii) With proper training, these abilities can be considerably enhanced.Interest is a preference for a particular activity; aptitude is the potentiality to perform that activity.(i) In order to be successful in a particular field, a person must have both aptitude and interest.Aptitude Tests 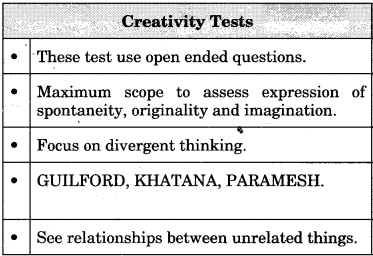