Alkali metals belong to the s-block elements occupying the leftmost side of the periodic table. 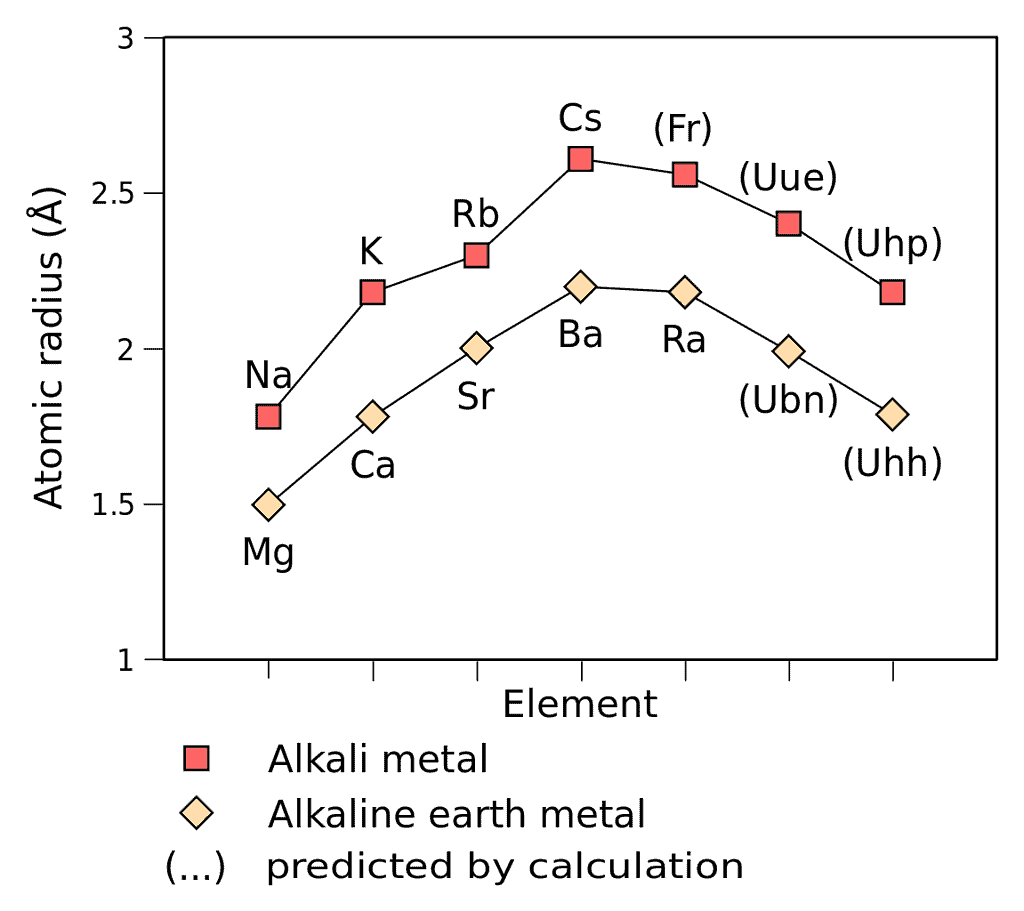 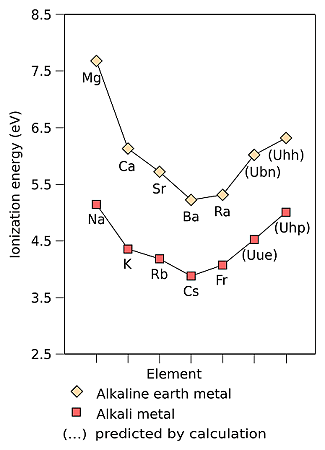 The alkali metals can lose their ns1 electron quite easily to form a univalent positive ion, M+.

The salts of alkali metals are ionic and soluble in water. The solubility is due to the test that cations get hydrated by water molecules M+ + aq   —→  [M(aq)]+

The alkali metals are good conductors of heat and electricity. This is due to the presence of loosely held valency electrons which are free to move throughout the metal structure.

The substances that can donate electrons are reducing agents. Reducing ability is, related to the ease of electron donation or lower ionization energy.

As ionization energy decreases down the column, reducing property is expected to increase from Lithium to Cesium. While, reducing ability increases from Sodium to Cesium, Lithium has the highest reduction potential (-3.04V) and is the strongest reducing agent of all elements.

Lithium, being the smallest ion, its hydration enthalpy is very high than others and compensates more than its higher ionization enthalpy: ENa ˂ EK ˂ ERb ˂ ECs ˂ RLi

4. Action with Oxygen (Oxides and Hydroxides)

7. Nature of Carbonates and Bicarbonates

Nitrates of the type, MNO3, are known. These are colorless, soluble in water, and electrovalent in nature. The nitrates do not undergo hydrolysis. With the exception of LiNO3, the other nitrates decompose to nitrites and oxygen.2MNO3 ——→ 2MNO2 + O2Lithium nitrate decomposes to oxide on heating, it is due to the diagonal relationship with magnesium.

Sulphates of the type M2SO4 are known. With the exception of Li2SO4, other sulphates are soluble in water. The sulfates when fused with carbon form sulphides.M2SO4 + 4C ——→ M2S + 4COThe sulphates of alkali metals form double salts with the sulphates of the trivalent metals like Fe, Al, Cr, etc. The double sulphates crystallize with large number of water molecules are potash alum K2SO4, Al2(SO4)3.24H2O consists of 24 water molecules. Sulphate of lithium is not known to form alum.

The alkali metals dissolve in liquid ammonia without the evolution of hydrogen. The colour of the dilute solutions is blue. The metal atom loses electrons and it combines with the ammonia molecule.M → M+ (in liquid ammonia) + e (ammoniated)M+(x + y) NH3 → [M(NH3)x]+ + e(NH3)y solvated electron

On heating its blue colour changes to bronze. It is ammoniated electron which is responsible for colour.The solutions are good conductors of electricity and have strong reducing properties. The solutions are paramagnetic in nature.When dry ammonia is passed over hot metal, amides are formed.

The amides are decomposed by cold water with the evolution of NH3 MNH2 + 2NH3 ——→ MOH + NH3Recent studies proved the existence of Li(NH3)4, a golden yellow solid.

The alkali metals form alloys amongst themselves and with other metals. These combine with mercury readily forming amalgams.

Alkali metals have a very little tendency to form complexes, Lithium being small in size forms certain complexes but this tendency decreases as the size increases.

Lithium shows resemblance with magnesium, an element of group IIA. This resemblance is termed a diagonal relationship.

Reasons for the diagonal relationship are the following:

It is formed by heating sodium in excess of air free from moisture and carbon dioxide or in excess of pure oxygen.

(a) Methods involving sodium carbonate as a starting material: Two methods are used. These are

(i) Conversion of NaCl into

It forms complex cyanides with the salts of copper cadmium, zinc, iron, cobalt, nickel etc.Some examples are given below.