ORExpand ATP. Where it is produced?  (1 Mark)Ans. Adenosine Triphosphate. It is produced in mitochondria.Q.2. A ball is thrown vertically upwards. What is its momentum at the highest point?  (1 Mark)Ans. Zero as v = 0.Q.3. From the given v-t graph (see figure), it can be inferred that the object is  (1 Mark)(a) in uniform motion(b) at rest(c) in non-uniform motion(d) moving with uniform accelerationAns. aSolution. From the given v-t graph, it is clear that the velocity of the object is not changing with time i.e., the object is in uniform motion.Q.4. How can the velocity of an object be changed?  (1 Mark)Ans. It can be changed by changing either:(i) the object’s speed,(ii) direction of motion, or(iii) both.Q.5. Write down the electronic distribution of oxygen atom. How many valence electrons does it have?   (1 Mark)Ans. (Atomic number of oxygen is 8)O(8) = 2, 6Number of valence electrons = 6Q.6. Shyam throws a heavy stone out of his boat. As a result, the boat moves in opposite direction. Why?  (1 Mark)Ans. According to IIIrd Law of Motion for every action there is an equal and opposite reaction.

ORIn a tug of war, the rope does not move in any direction. Why?  (1 Mark)Ans. Because the forces applied by the two teams are equal and opposite.Q.7. Identify the type of tissue in the given diagram.  (1 Mark) 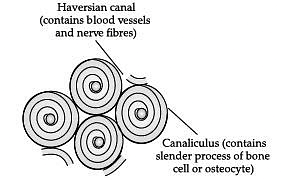 ORInterpret the number of moles of oxygen atoms in PO43–.  (1 Mark)Ans. Each mole of phosphate ion possesses 4 moles of oxygen atoms as represented by the formula.Q.13. Shyam throws a heavy stone out of his boat. As a result, the boat moves in opposite direction. Why?  (1 Mark)Ans. According to IIIrd Law of Motion for every action there is an equal and opposite reaction.For question numbers 14, 15 and 16, two statements are given- one labelled Assertion (A) and the other labelled Reason (R). Select the correct answer to these questions from the codes (a), (b), (c) and (d) as given below:

(v) State true or false: 5 moles of carbon atom and 5 moles of sodium atom will have same weight.Ans. FalseQ.18. Read the following and answer any four questions from 18 (i) to 18 (v).

Study the given diagram of bacterial cell and answer the following questions.

(v) Identify an example of single celled organism.   (1 Mark)(a) Bird(b) Fish(c) Snake(d) AmoebaAns.Q.19. Read the following and answer any four questions from 19 (i) to 19 (v) Although Sonia has been suffering from cold and cough she decided to appear for her class test. Classmates seated close to her had an exposure to the infection being carried by Sonia. However, only one of them actually suffered from cold and cough.

(iv) What precautions can you take in your school to reduce the incidence of infectious diseases?   (1 Mark)(a) We should keep our surroundings unclean and unhygienic.(b) We should consume junk food.(c) There should be provision of safe drinking water.(d) We should not take any medicine.Ans. c

(v) Which of the following is an infectious disease?   (1 Mark)(a) Diabetes(b) Malaria(c) Vitamin deficiency diseases(d) AsthmaAns. bQ.20. Read the following and answer any 4 questions from 20 (i) to 20 (v).According to a newspaper report, some areas in Delhi received grey coloured water in their taps. It was reportedly due to mixing of contents at some points due to leakage in sewer and water supply pipes.

(iv) What precaution should we take to avoid onset of water borne diseases?  (1 Mark)(a) Always use mineral water available in market.(b) Drink water which is boiled and cooled.(c) We should keep the sewage pipelines near water supply pipes.(d) Always cover mouth while sneezing and coughing.Ans. b

(v) State True or False: Water borne diseases are not at all communicable.  (1 Mark)(a) True(b) FalseAns. b 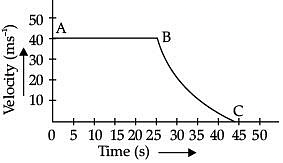 (i) State the kind of motion that the object has from A to B and from B to C.(ii) Identify the part of graph where the object has zero acceleration. Give reason for your answer.Ans. (i) Uniform motion from A to B and non-uniform motion from B to C.  (ii) AB because velocity remains constant from A to B.Q.23. Define weight of a body. Mention the direction in which it acts.  (2 Mark)Ans. Weight of an object is the force with which a body is attracted towards the Earth. Its direction is vertically downwards.

ORDefine uniformly accelerated motion and uniform motion.  (2 Mark)Ans. (i) When a body travels equal distances in equal intervals of time, its motion is called uniform motion.(ii) If an object travels in a straight line and its velocity increases or decreases by equal amounts in equal intervals of time, then the acceleration of the object is said to be uniform and motion is said to be uniformly accelerated motion.Q.24. List  two differences between properties of metals and non-metals.  (2 Mark)Ans. Metals: Metals are sonorous i.e., they produce sound. Metals can be beaten into thin sheets i.e., malleable.Non-metals: Non-metals are non-sonorous as they do not produce any sound. Non metals cannot be beaten into thin sheets.Q.25. State the law of conservation of momentum.  (2 Mark)Ans. When two or more bodies act upon one another their total momentum remains constant, provided no external forces are acting.Q.26. Explain in brief, why is an immune system essential for our good health.  (2 Mark)Ans. Immune system in our body is a kind of defence mechanism to fight against pathogenic microbes. It has cells that are specialised to kill infectious microbes and keep our body healthy.

ORGive reasons :   (3 Mark)(i) A piece of paper takes much longer to fall than a stone through the same distance, when both are dropped simultaneously from roof. (ii) The mass is constant everywhere the weight keeps changing. (iii) The value of ‘g’ keeps changing as we move away from the earth whereas value of ‘G’ remains constant all over the universe.Ans. (i) This is because a piece of paper has larger surface area and therefore experiences more friction due to air than a stone which has less surface area.(ii) Mass is constant as it is the amount of matter present in an object. So, it does not change with gravity. Whereas, weight is the force on an object due to gravity. As the gravity varies from place to place so, the weight also varies.(iii) The value of g depends on latitude of the place and the mass of the earth while G is called universal constant as its value remains constant at all the places in the universe.Q.28. Define osmosis. In what two ways it is different from diffusion?  (3 Mark)Ans. Osmosis is the movement of solvent (usually water) from a region of high water concentration to a region of low water concentration; it takes place through semi-permeable membrane whereas the diffusion does not require any membrane. In osmosis movement of solvent is involved whereas in diffusion movement of solid, liquid and gases are involved. 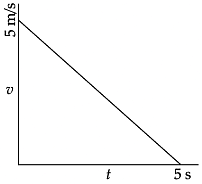 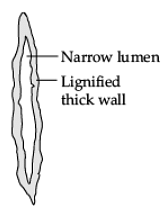 (ii) Potential energy from the stretched string of the bow.Q.32. (i) Which of these is an acute ailment and why?Tuberculosis, Cancer, Diarrhoea, Elephantiasis.(ii) State any two internal, non-infectious causes of a disease.(iii) Name the organ that is targeted by the virus that causes jaundice.  (3 Mark)Ans. (i) Diarrhoea, since it is a short-term disease and does not cause drastic long-term effect on the person’s general health.(ii) Genetic abnormalities, excessive weight, lack of exercise.(iii) Liver.Q.33.  Study the given figure and answer the following questions:(i) What is the potential energy of the object of mass (m) at point B and C when it is raised from point A to B and B to C.(ii) Calculate the potential energy of the object when raised directly from point A to C.(iii) Calculate whether the same amount of work is done against the gravity in each case.Write your inference.  (3 Mark)

Q.34. (i) Differentiate between distance and displacement. (ii) Under what condition is distance and the magnitude of the displacement equal ? (iii) The minute hand of a wall clock is 10 cm long. Find its displacement and the distance covered from 10 a.m. to 10.30 a.m.  (5 Mark)Ans. (i) Distance is the length of actual path travelled by a body in a given time. Displacement is the shortest distance between the initial and final positions of the body in a known direction.(ii) Distance and magnitude of displacement are equal if an object is travelling on a straight line in one direction.(iii) Length of the minute hand (l) = 10 cmDistance covered by minute hand from 10 am to 10 : 30 am= 1/2 x circumference of circle of radius 10 cm= 1/2 × 2πr = 22/7 x 10 = 220/7= 31·43 cmDisplacement = Diameter of circle of radius 10 cm = 2π = 20 cm.Q.35. (a) Look at the diagram above and answer the following questions:

(i) Which direction does the balloon move when the thread tied to its neck is removed and why?(ii) State the conclusion drawn from this activity.  (5 Mark)Ans. (a) (i) Spring balance B will also show 20 gwt.(ii) It is because of Newton’s III law of motion, when spring balance A exerts force on the balance B then the balance B pulls the balance A with an equal force of 20 gwt, but in the opposite direction. Balance A exerts a force of action on balance B then balance B exerts an equal and opposite force of reaction on balance A.(b) (i) Air from inside the balloon escapes from the mouth of the balloon.  Balloon moves in opposite direction that is from left to right.(ii) Forces of action and reaction are equal and opposite.Q.36. Describe Rutherford’s α-particle scattering experiment and mention the important observations and conclusions drawn from this experiment.  (5 Mark)Ans. In this experiment fast moving α-particles were made to fall on a thin gold foil.The following observations were made :(i) Most of the fast moving α-particles passed straight through the gold foil.(ii) Some of the α-particles were deflected by the foil by small angles.(iii) One out of every 12000 particles appeared to rebound.Conclusions:(i) Most of the space inside the atom is empty because most of the α-particles passed through the gold foil without getting deflected.(ii) Very few particles were deflected from their path, indicating that the positive charge of the atom occupies very little space.(iii) A very small fraction of α-particles was deflected by 180°, indicating that all the positive charge and mass of the gold atom were concentrated in a very small volume within the atom.OR(i) Write the chemical formula and name of the compounds formed between : (a) Barium and nitrate ions (b) Ferrous and sulphide ions (ii) State the law of definite proportion. (iii) Calculate the number of moles for the following: (a) 36 gm of water (b) 4 gm of oxygen gas Atomic number of oxygen and hydrogen is 16 u and 14 u respectively.  (5 Mark)Ans. (a) (i) Ba(NO3)2 (Barium Nitrate)(ii) FeS (Ferrous Sulphide)(b) A chemical compound is always made up of the same elements combined together in the same fixed proportion by mass.(c) (i) 18 g of H2O = 1 mole36 g of H2O = 1 / 18 x 32 = 2 moles(ii) 32 g of oxygen = 1 mole4 g of oxygen = 1 / 32 x 4 = 0.125 mole