Q.3. You are Ritika/Ritvik of Class IX-B. You went to attend the birthday party of your friend Mohit at his home. The party was well organised and arrangements were superb. Look at the clues and write your impression of the party in the form of a diary entry in 100-150 words.

Ans.Sunday, 17th O ctober, 20XX10:50 pmDear DiaryWhat a grand celebration it was! How we all enjoyed Mohit’s birthday today! When I went to his house, music was playing in the party hall. Mohit and his parents were extremely happy to see me! Many of our common friends had already arrived. How happy everyone appeared!What a dazzling out fit Mohit was wearing! Mohit’s father bought him a lovely cake which had his childhood picture. One of my friends and I splashed cake on Mohit’s face and had a joyful day.We all wished Mohit ‘Happy birthday’. The stage was then set for dancing. Everyone present swayed to the magic of music and all of us danced with Mohit. After this, we all enjoyed a good feast. I can never for get this great day! It was one of the most thrilling days in my life time!RitvikOrWrite a descriptive paragraph in 100-150 words based on the visual clue given below. 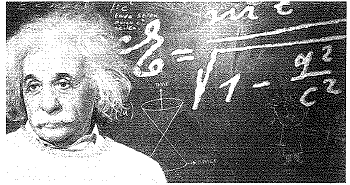 Ans. Albert Einstein is considered to be one of the greatest scientists and geniuses of all time. He was born in Germany in 1879, to a Jewish family. His father was an engineer and a salesman. Einstein wasn’t a very bright student. He even had problems with his speech. He was the one who discovered the scientific formula 'E = me2' which stands for energy and mass. He won a Nobel Peace Prize in 1921 for his work in Physics. He played an important role in the making of the Atomic Bomb that helped to put an end to World War II, Albert Einstein died of internal bleeding on 17th April, 1955, aged 76, which was marked with headlines around the world. But his story did not end there-his brain was removed by the pathologist to try to understand what made him so intelligent.Q.4. The teacher asked the students to write a story for the school magazine. Anamika could not complete the story. Help her complete the story on the basis of the beginning of the story: I was lost in my thoughts while sitting in a train compartment. I was going to Shimla. Then an old woman got in. The old woman was very sad and was very weak. She was not able to walk properly. I started reading a magazine then suddenly I saw............ORDevelop a story in about 150-200 words with the help of the following hints: A foolish crow-found a piece of bread - a clever fox-felt greedy - praise the, crow - beautiful body - sweet voice - opened mouth - piece of bread fell down.Ans.

The old woman w a s very sad and was very weak. She was not able to walk properly. I started reading a magazine then suddenly I saw that the old woman had fallen in the aisle and nobody seemed to pay any attention. I quickly asked a couple of people around to help her get on her feet and placed her on the berth. Someone gave her a glass of water. I checked her for any injuries. Luckily there were none. The heat and the exertion of travelling made her feel weak and so she fell down. Soon everybody settled down. Once the old lady was relaxed and settled down,, we gave her some biscuits to eat which boosted her up. She told us so many jokes and stories which left us spellbound. She proved to be a great entertainer. We never came to know when we reached our destination. Time just flew by. At Shimla station,, her son had come to pick her up and was surprised to see her being escorted by so many strangers. Both mother and son thanked all of us profusely.OR

One day a foolish crow who was very hungry was flying in search of food; While flying over a house, he saw a piece of bread on the verandah of the house. He immediately flew down to pick it up. He quickly grabbed it and flew away to a tree in the nearby village. A clever fox, who was also hungry saw the piece of bread in the beak of the crow. He felt greedy. He also wanted that bread and started planning as to how he could get it from the crow. He quickly devised a plan to take the bread from him. He started praising the crow's beautiful body and mellifluous voice. He said that no other bird had such a beautiful body as the crow and no one could sing as sweetly as the crow. The clever fox said that since the crow could sing so melodiously why not start singing so that the fox could hear it. The crow who was unaware of the fox's clever plans, was so overjoyed by listening to the fox's false praise that it started singing without thinking, he opened his mouth to sing and the piece of bread fell down straight into the mouth of the fox who ran away with it.Moral : Don't get carried away by flattery.Q.5. Below is a letter from Amart to his mother. Complete this letter with suitable words :Dear Mom I hope all is well (a) ___ '____________ you. Everything is fine here. I am sorry I didn’t w rite earlier as I was busy with my examinations. They are now almost over. I am sure you will be glad to (b) _______________ that I have filled up the form for NDA. The entrance test is scheduled  (c)_______________the 14th of June and that very day I am going to the centre which is close to my hostel. Looking forward  (d) _______________ a reply from you soon.Ans. (a) with(b) know/learn(c) on(d) toQ.6. The following passage has not been edited. There is an error in each line. Write the error as well as the corrections as shown in example.