The document Notes | EduRev is a part of the Class 9 Course Mathematics (Maths) Class 9.
All you need of Class 9 at this link: Class 9

Questions 1 to 20 carry 1 mark each.Q.1. Rationalisation of denominator of 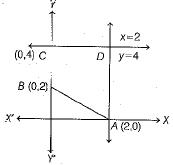 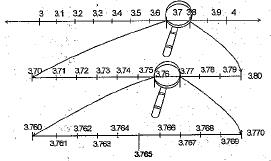 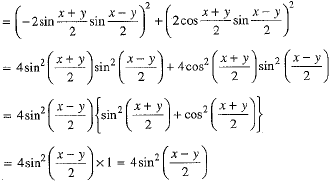 = R.H.S.Q.23. In economy of any country, women are as equally important as men. As almost 40% population of any country is women, so they should also given chance to work and to help in improving the economy. (i) Compute the probability of a having 2 girls.The department of health and family welfare of Government of NCR of Delhi collect data related to ratio between male and female children in families.1500 families with 2 children each were selected randomly and the following data were recorded.

Q.25. Most numbers of people in India died or injured due to accidents as compared to any other country. An insurance company selected 2000 drivers at random (i.e., without any preference of one driver over another) in a particular city to find a relationship between age and accidents. The data obtained are given in the following table:

(using section formula)
Since the point R lies on yz-plane, so x-coordinate of R = 0

Q.29. In the given figure two circles whose centres O and O ' intersect at P. Through P, a line parallel to OO' intersecting the circles at C and D is drawn as shown. Prove that CD = 200'.

The given figure, if O is the circumcentre of a ΔABC and OD⊥BC, then prove that ∠BOD = ∠BAC.

Q.30. Show that the diagonals of a rhombus are perpendicular to each other.
Ans. Let ABCD be the rhombus and AC and BD be the diagonal which intersect at point O.

Q.31. ABCD is a parallelogram and AP and CQ are perpendiculars from vertices A and C on diagonal BD (see fig.). Show that:

Q.32. Prove by using the principle of mathematical induction for all n ∈ N:

Ans. Let P(n) be the statement given by 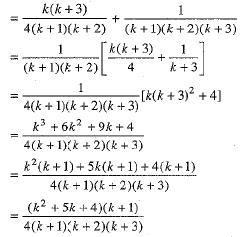 Thus, P(k + 1) is true whenever P(k) is true.
Hence, by the principle of mathematical induction P(n) is true for all natural numbers. 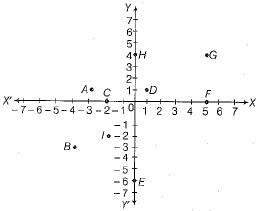 On comparing, we have a = 0 and b = 1.
OR
Rationalising the denominator of each term on L.H.S., we obtain

OR
The given equation is

Then the general value of 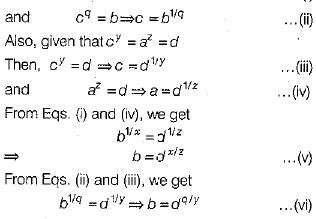 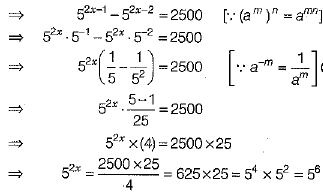 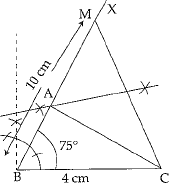 Q.39. A cylindrical pipe empties a spherical tank, full of water, at the rate of

Now, water taken out in one second

Volume of half of the tank

Thus, 132000/7 litres of water will be emptied by the cylindrical pipe in

Now, radius is increased by 50%
∴ New radius of sphere =

Thus, there are 12 words which start with G. Further, start with the letter I, and arranging the remaining four letters A, G, A, N in different ways, we obtain