ISRO developing environment-friendly propellant
Scientists of Indian Space Research Organisation (ISRO) have progressed in the development of an environment-friendly propellant to power satellites and spacecraft.
ISRO developing environment-friendly propellant:
i. The scientists are working to replace the conventional hydrazine rocket fuel with a greener propellant. The hydrazine rocket fuel is a highly toxic and carcinogenic chemical.
ii. Initial tests by scientists at the Liquid Propulsion Systems Centre (LPSC) have given expected results in the formulation and tests of a propellant blend based on hydroxylammonium nitrate (HAN).
iii. The LPSC team formulated the HAN-based monopropellant and performed various tests to study its characteristics.
iv. A monopropellant is a chemical propulsion fuel which does not need a separate oxidizer. It is used in satellite thrusters for orbital correction and orientation control.
v. The new formulation comprises HAN, ammonium nitrate (AN), methanol and water. Methanol was added to reduce combustion instability. AN was added to control the burn rate and lower the freezing point of propellant.
vi. The propellant formulation was tested for compatibility with four metal samples for a period of six months.
About Indian Space Research Organisation (ISRO):
♦ Chairman – Dr. K. Sivan
♦ Headquarters – Bangalore, Karnataka

Federer replaces Nadal as number one, Djokovic on the slide
Roger Federer has replaced Rafael Nadal as world no. 1 in the men’s singles tennis ATP rankings published on May 14, 2018. 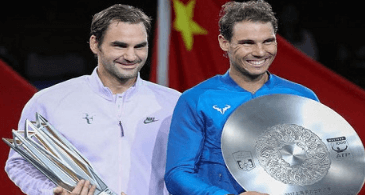 Federer regains top spot:
i. Roger Federer returned to the top spot despite of not having played since March 2018.
ii. Rafael Nadal lost the No. 1 spot to Roger Federer due to surprise quarter-final exit at the Madrid Masters.
iii. Former world No. 1 Novak Djokovic slipped six places to 18th on account of second-round defeat in Madrid Masters. This is Djokovic’s lowest ranking since October 2006.
iv. The highest mover in the men’s charts is Russian player Denis Shapovalov who jumped 14 spots to a best ever 29th
ATP rankings as on May 14, 2018:

Kvitova up two places to 8th in WTA rankings
zech Republic’s tennis player Petra Kvitova jumped two spots to eighth in the women’s singles tennis, WTA rankings published on May 14, 2018.
i. On May 12, 2018, Petra Kvitova won the Madrid Open after beating Kiki Bertens.
ii. In the past, Kvitova had won Madrid in 2011 and 2015 as well.
iii. Romania’s Simona Halep topped the WTA rankings.
WTA rankings as of May 14, 2018: