Government completes 1st phase of BharatNet project
Central Government has announced that under Phase-I of BharatNet Project, one lakh gram panchayats have been provided with hi-speed broadband connectivity.
BharatNet Project:
i. BharatNet Project, formerly known as National Optical Fibre Network (NOFN) was launched by Central Government in October, 2011 with an aim to deploy high-speed optical fibre cables across rural areas of India.
ii. Its ultimate goal is to provide broadband connectivity to all 2.5 Lakh Gram Panchayats in India.
iii. With the completion of Phase-I, Telecom Secretary Aruna Sundararajan has stated that Government has already started work on Phase-II, under which, broadband connectivity will be provided to another to 1.5 lakh gram panchayats.
iv. Ms. Sundararajan also stated that Phase-II will be completed by December 2018. Original timeline for completion of Phase-II is March 2019. About ‘Pratyush’:
i. This High Performance Computing (HPC) facility has been established at the Indian Institute of Tropical Meteorology (IITM), Pune.
ii. It will be used for improving weather and climate forecasts. It is expected to provide better forecasts in terms of monsoon, tsunamis, earthquakes, cyclones, air quality, flood and drought conditions.
iii. ’Pratyush’ will be used in coordination with the Indian Meterological Department (IMD) and other weather monitoring institutes.
iv. This is India’s second HPC unit. India’s first HPC has been installed at National Centre for Medium Range Weather Forecasting (NCMRWF), Noida, to assist weather agencies in providing daily forecasts.
v. ’Pratyush’ is the fourth fastest supercomputer (after Japan, US and UK) in the world dedicated for weather and climate research. BCCI bans Yusuf Pathan:
i. Yusuf Pathan has received a five-month ban for doping violation. But he is allowed to play from 15 January 2018 as the ban was backdated to August.
ii. Yusuf Pathan has been charged with commission of an Anti-Doping Rule Violation (ADRV) under the BCCI Anti-Doping Rules (ADR) Article 2.1.
iii. The sample collected from him during a domestic T20 competition on 16 March 2017, in New Delhi, contained Terbutaline. Terbutaline is banned both in and out of Competition in the WADA (World Anti-Doping Agency) Prohibited List of Substances.
About WADA (World Anti-Doping Agency):
♦ Headquarters – Montreal, Canada
♦ President – Craig Reedie

Kapil Mohan, Man behind Old Monk, dies at 88
On 6th January 2018, Kapil Mohan, chairman of Mohan Meakin Ltd, which makes ‘Old Monk’ rum, passed away due to cardiac arrest, at his home, in Ghaziabad, Uttar Pradesh. 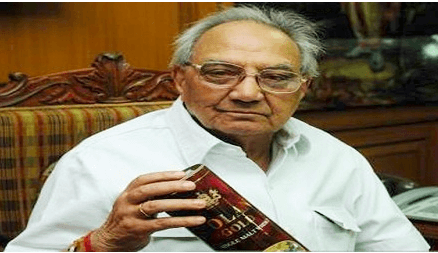 Pravasi Bharatiya Divas was first celebrated by Vajpayee Government in 2003.