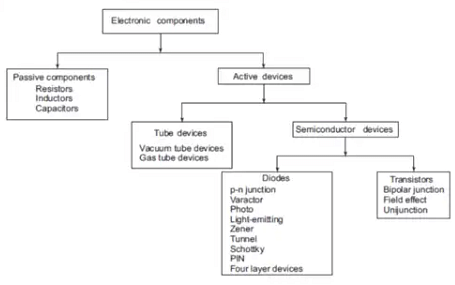 Various materials are classified based on the width of forbidden energy gap. In metal, there is no forbidden gap and valence and conduction band are overlapped. In an insulator, the forbidden gap is very large up to 7eV while in semiconductors it is up to 1eV. The silicon and germanium are widely used semiconductors. Intrinsic materials are those semiconductor that has been carefully refined to reduce the impurities to a very level-essentially' as pure as can be made available through modern technology.