Q4: Explain how Pseudopodia are helpful for Amoeba.

Ans: Pseudopodia help Amoeba in movement and in capturing the food.Q5: Name the part of cell which provides its shape.

Ans: Cell membrane provides cell its shape.Cell membrane is important for movement of substance both inward and outward of cell.Q6: Which component provides rigidity to plant cell?

Ans: Tissue is a group of similar cells performing a specific function.Q8: Differentiate between Prokaryotes and Eukaryotes.

Ans: Tissue is composed of cell and Organ is made up of tissue.Q10: Give example of some unicellular and multicellular organisms

Ans: The entire content of a living cell is known as protoplasm.It includes the cytoplasm and the nucleus.Q15: Define Plastids.

Ans: Plastids are coloured bodies found in the cytoplasm of plant. They are of different colour.Q16: What is Chloroplast?

Ans: Chloroplast is essential for photosynthesis and it provide green colour to leaf of plant.Q18: What is Chromosome?

Ans: Chromosomes are thread like structure within nucleus.Q19: Define the function of Nerve Cell.

Ans: Nerve Cell nerve cell receives and transfers messages, thereby helping to control and coordinate the working of different parts of the body.Q20: Give two examples of both Prokaryotes and Eukaryotes.

Ans: Gene is a unit of inheritance in living organisms.Function: Controls the transfer of character from parents to offspring. p>

Q. 22. Explain the discovery of cell.Ans. In 1665, Robert Hooke observed slices of cork under a magnifying device. He noticed partitioned boxes or compartments in the cork slice. These boxes appeared like honeycomb. Hooke coined the term cell for each box. 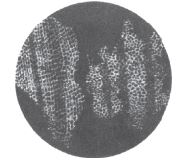 Fig. 8.6 Cork cells as observed by Robert HookeQ. 23. Cells are the building blocks of the life. Explain.Ans. Cells are the basic structural unit of life like bricks which are basic structural unit of buildings. Buildings are not same at all. In the same way organisms also differ from each other. Both cells and bricks are basic units of structure. So we can say that cells are building blocks of life.

(i) Unicellular: The organisms that contain only single cell in their body are called unicellular organisms. For example: amoeba and paramecium.

(ii) Multicellular: The organisms made up of more than one cell are called multicellular organisms. For example: human, cat, dog etc.Q. 25. What are the functions performed by single cell organisms?Ans. Single celled organisms capture and digest food, respire, excrete, grow and reproduce like multicellular organisms. The multicellular organisms do these functions by groups of specialised cells forming different tissues. Q. 26. Define the shape of amoeba.Ans. The shape of amoeba appears irregular. Amoeba has no definite shape unlike other organisms. It keeps on changing its shape. It contains finger-like projections called pseudopodia (false feet). These projections appear and disappear as amoeba moves or feeds.Q. 27. Why could cells not be observed before 17th century?Ans. The size of cells is mostly very small. We cannot see them by unaided eyes. They can be seen by high power microscope. Before 17th century the microscope was not discovered. That is why the cells could not be observed before 17th century.

Q. 28. Explain the variation of size of cells.Ans. Cells vary in their size. Some cells are very small like bacterial cell whose size is about 0.5 micrometre. Nerve cell is the longest in our body. Ostrich egg is the largest cell. Acetabulum is the largest unicellular algae which is about 10 cm long. In this way size of the cells varies.

Q. 29. Explain the structure of a cell.Ans. There are three main components of a cell:(i) Cell membrane(ii) Cytoplasm(iii) NucleusThe cytoplasm and nucleus are enclosed within the cell membrane. The cell membrane is also called plasma membrane. The membrane separates cells from one another. The plasma membrane is porous and allows the movement of substances or material both inward and outward.Q. 30. Explain the structure of onion cell with the help of a slide.Ans. Observe the slide under a microscope having small piece of onion peel:

(i) Cell membrane: The boundary of the onion cell is cell membrane. It is covered by another thick covering called the cell wall.

(ii) Nucleus: The central dense round body in the centre is called the nucleus.

(iii) Cytoplasm: The jelly-like substance between nucleus and cell membrane is called cytoplasm.

Q. 31. Write the functions of cell wall.Ans. In addition to the cell membrane, there is an outer thick layer in cells of plants called cell wall. It gives the shape to the cell. Cell wall provides protection to the cells of the plants. Plant cells need protection against variations in the temperature, high wind speed and atmospheric moisture etc.

Q. 32. Explain the structure of cheek cells.Ans. Take a matchstick with the tip broken. Scrape inside your cheek without hurting it. Place it in a drop of water on a glass slide. Add a drop of iodine and cover it with cover slip. Observe it under a microscope. We observe that cheek cells also contain cell membrane, cytoplasm and nucleus. There is no cell wall in the animal cells.Q. 33. What is cytoplasm?Ans. Cytoplasm is the jelly-like substance present between cell membrane and the nucleus. Various other components called organelles are present in the cytoplasm. These are mitochondria, Golgi bodies, ribosomes etc. Q. 34. Write the functions of mitochondria, Golgi bodies and ribosomes.Ans. Mitochondria: It performs the function of respiration and provides the cell with energy. It is called power house of a cell.

Golgi bodies: They synthesise, store and secrete enzymes and proteins.

Ribosomes: They help in the synthesis of proteins.

Q. 35. Explain prokaryotic and eukaryotic cells.Ans. Prokaryotic Cells: The cells having nuclear material without nuclear membrane are termed as prokaryotic cells and organisms with these kinds of cells are called prokaryotes. Examples: bacteria and blue green algae.

Eukaryotic Cells: The cells having well organised nucleus with a nuclear membrane are called eukaryotic cells. The organisms with these kinds of cells are called eukaryotes. For example, all organisms other than bacteria and blue green algae are eukaryotes.Q. 36. What is gene? What is its function?Ans. Gene is a unit of inheritance in living organisms. It controls the transfer of hereditary characteristics from parents to offsprings. This means that your parents pass some of their characteristics on to you.

The document Short Answer Questions - Cell : Structure and Functions - Notes | Study Science Class 8 - Class 8 is a part of the Class 8 Course Science Class 8.
All you need of Class 8 at this link: Class 8
Attempt Now
Join Course