The document Short & Long Answer Questions- Atoms And Molecules Class 9 Notes | EduRev is a part of the Class 9 Course Science Class 9.
All you need of Class 9 at this link: Class 9

Ques 2: Explain law of constant proportion.Ans: In a chemical substance the elements are always present in definite proportions by mass.E.g., In water, the ratio of the mass of hydrogen to the mass of oxygen H : O is always 1:8

Ques 4: Define atom.Ans: The smallest particle of matter, which can take part in a chemical reaction is called atom.

Ques 5: Define molecule.Ans: The smallest particle of an element or compound which can exist independently is called molecule.

Ques 6: Define atomicity.Ans: The number of atoms constituting a molecule is known as its atomicity.

Ques 8: How do atoms exist?Ans: Atoms exist in the form of atom, molecule or ions.

Ques 2: What is IUPAC, give its one function?Ans: IUPAC is International Union for Pure and Applied Chemistry. It approves the names of elements.

Ques 6: What is polyatomic ton? Give one example.Ans: A group of atoms carrying a charge is known as a polyatomic ion.E.g., Ammonium – NH4+Nitrate – N03–

Ques 12: Show the relationship between mole, Avogadro number and mass.Ans:

Ques 13: What are the rules for writing the symbol of an element?Ans: IUPAC —> International Union of Pure and Applied Chemistry approves name of elements.Symbols are the first one or two letters of the element’s name in English. The first letter of a symbol is always written as a capital letter (upper case) and the second letter as a small letter (lower case).e.g., Hydrogen —> H Helium —> HeSome symbols are taken from the names of elements in Latin, German or Greek.e.g., Symbol of iron is Fe, its Latin name is Ferrum.Symbol of sodium is Na, its Latin name is Natrium.

Ques 16: State 3 points of difference between an atom and an ion.Ans: 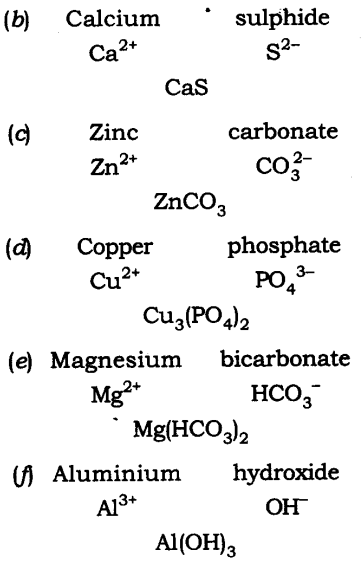 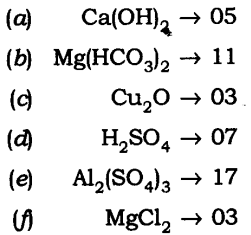 Long Answer Type QuestionsQues 1: (a) How do atoms exist?(b) What is atomicity?(c) What are polyatomic ions?Ans: (a) Atoms of some elements are not able to exist independently. For such elements atoms form molecules and ions. In case of metals and inert gases atoms can exist independently.

(b) The number of atoms constituting a molecule is known as its atomicity.
E.g.,O3 —> atomicity is 3O2 —> atomicity is 2(c) Polyatomic ions: When more than two atoms combine together and act like an atom with a charge on it is called polyatomic ion.E.g., OH–, N03–, NH4+